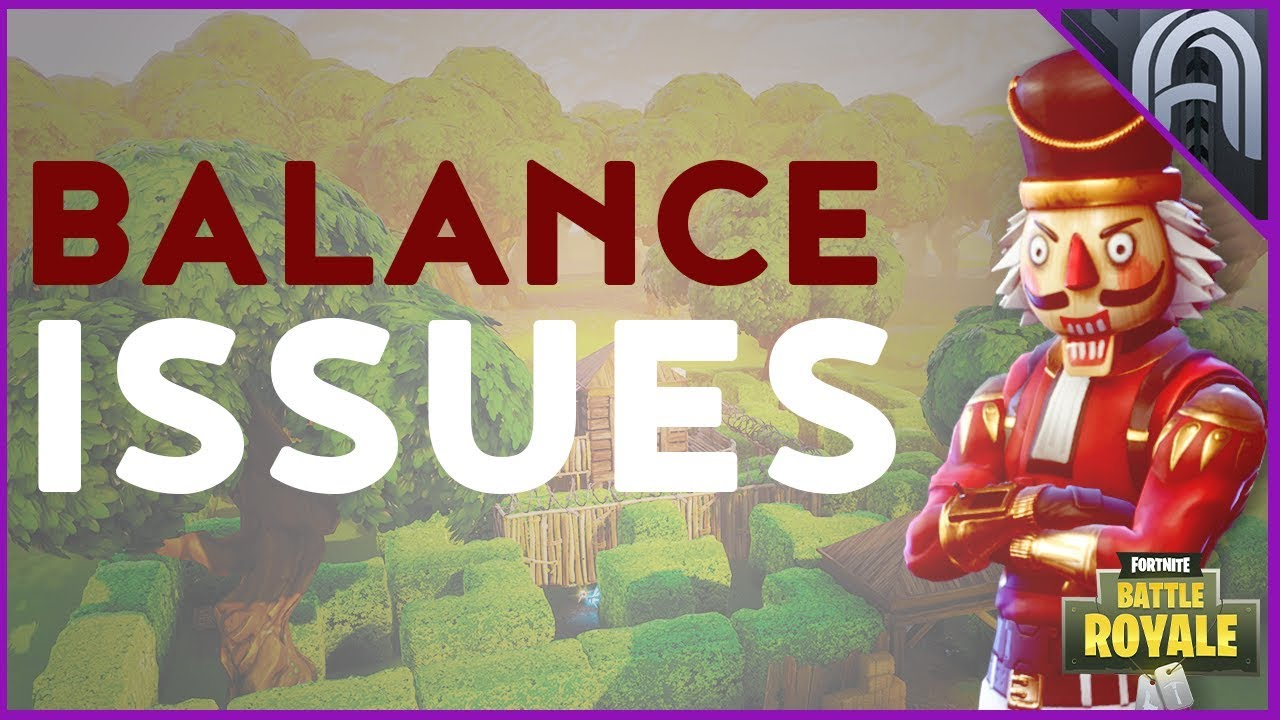 There was an article that I previously wrote regarding the issue of balance for the game League of Legends, and how it was impossible to balance the game for both newer and older players. Check out the article for that discussion here! For this article, the same balance problem can be applied for the game Fortnite, which has blown up exponentially in this past year. There are mechanics which are harder for beginners to learn, and thus make it harder for newer players to get adjusted to the game. There is a really high skill ceiling, but a relatively medium skill floor as well.

Building was king. How good you were as a player in Fortnite was dictated by how good you were at building. Before Season 4, it was all about high ground. You would try to get high ground and maintain it constantly. The moment you lose high ground, you would do anything you can to regain that high ground again. That was the meta for the first three seasons. Nothing was able to beat a player that was good at building, also because explosives were generally considered useless at the time.

In addition to the mastery of maintaining high ground by building, there was another feature that was considered an exploit by other players called the Double Pump. This is when you fire your first shot of your pump shotgun, and then instantly switch off into the second pump shotgun to fire a second shot with no delay. This was at the time when a headshot with a pump would deal over 200 damage, instantly killing any player with max shields. This was fairly hard to do, as it requires pretty good timing and reliant switching of keys. New players cannot adjust as fast, therefore it is a stereotype for double pump enthusiasts to destroy people that do not double pump. This led to a community outcry by the pool of players that do not advocate for double pump.

As a result, Epic Games has nerfed the load time on only pump shotguns, while nerfing the damage at the same time. Funnily enough, this change also brought complaints from the Fortnite community, because many felt that it wasn’t as overpowered as people were claiming it to be. This would be one of the cases where Epic Games has catered to the lesser-skilled player population.

The C4 and the Explosive Buff 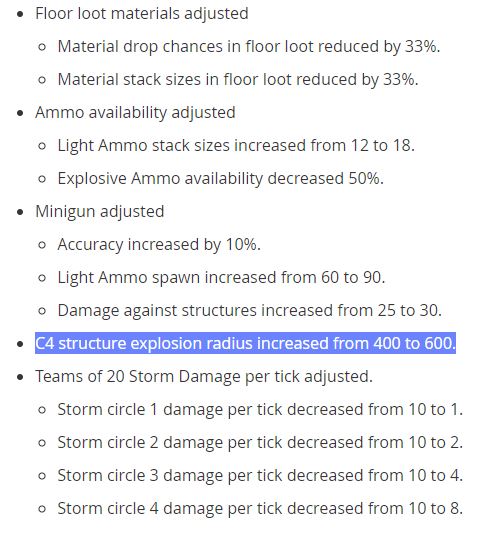 This is just one of the many buffs C4 has received in the past few patches. Before they buffed C4’s, explosives as a whole were in a very laughable state, mainly because their explosion radius was extremely small, thus rendering them useless against many competent players. For the most powerful explosive weapon, the rocket launcher, all a player needs to do is to place a wall in front, completely blocking all damage. The same would happen for grenades, and clingers.

First, they repeatedly buffed the radius of explosion for C4’s up to the point that 2-3 C4’s can bring down a whole building. After a few patches, all the other explosives got the C4 treatment, but to a lesser extent. Every explosive now explodes in a decently sized radius, thus rendering all building useless, as 400 materials worth of building can come down with just 1-2 small explosives. This took away the one tool that separated good players from bad players, which was good and fast building.

Season 5 and the SMG

When season 5 came, the SMG had a huge makeover, in a good way. The bloom circle was tightened across all SMGs, making it a lot more accurate when you hold down the trigger. The problem that sprouted from this, was that it was better than Assault Rifles from a medium distance, and arguably stronger than shotguns at close distance. Furthermore, it had an extremely high fire rate, making it superior to shotguns in breaking through walls and structures. This further put shotguns in the dumpster, as it bad for double pumping, and bad at destroying walls. 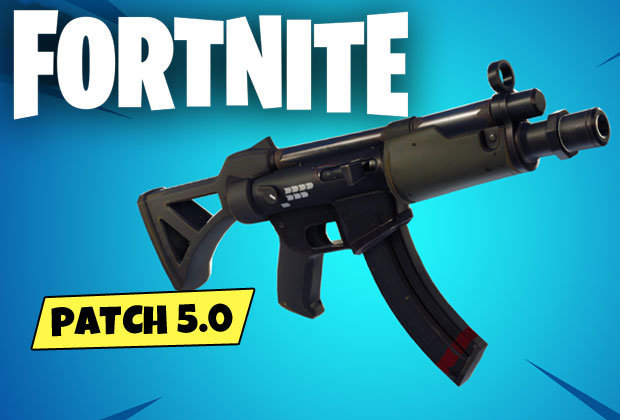 This brought even more uproar within the community, as players thought that this change was meant to further close the gap between newer players and pro players. People would take the blue silenced SMG over SCARs, and no one wants to go near a pump shotgun.

Why are these Changes a Problem?

Rather than it being a problem, these need to be addressed in that if none of theses changes happened, newer players would never be able to outlearn the better players that have been here for longer. It was slightly less of an issue when playground mode was released, as that let newer players practice hardcore in a separate ground with infinite weapons and resources, but Epic Games decided to make it a limited game mode. 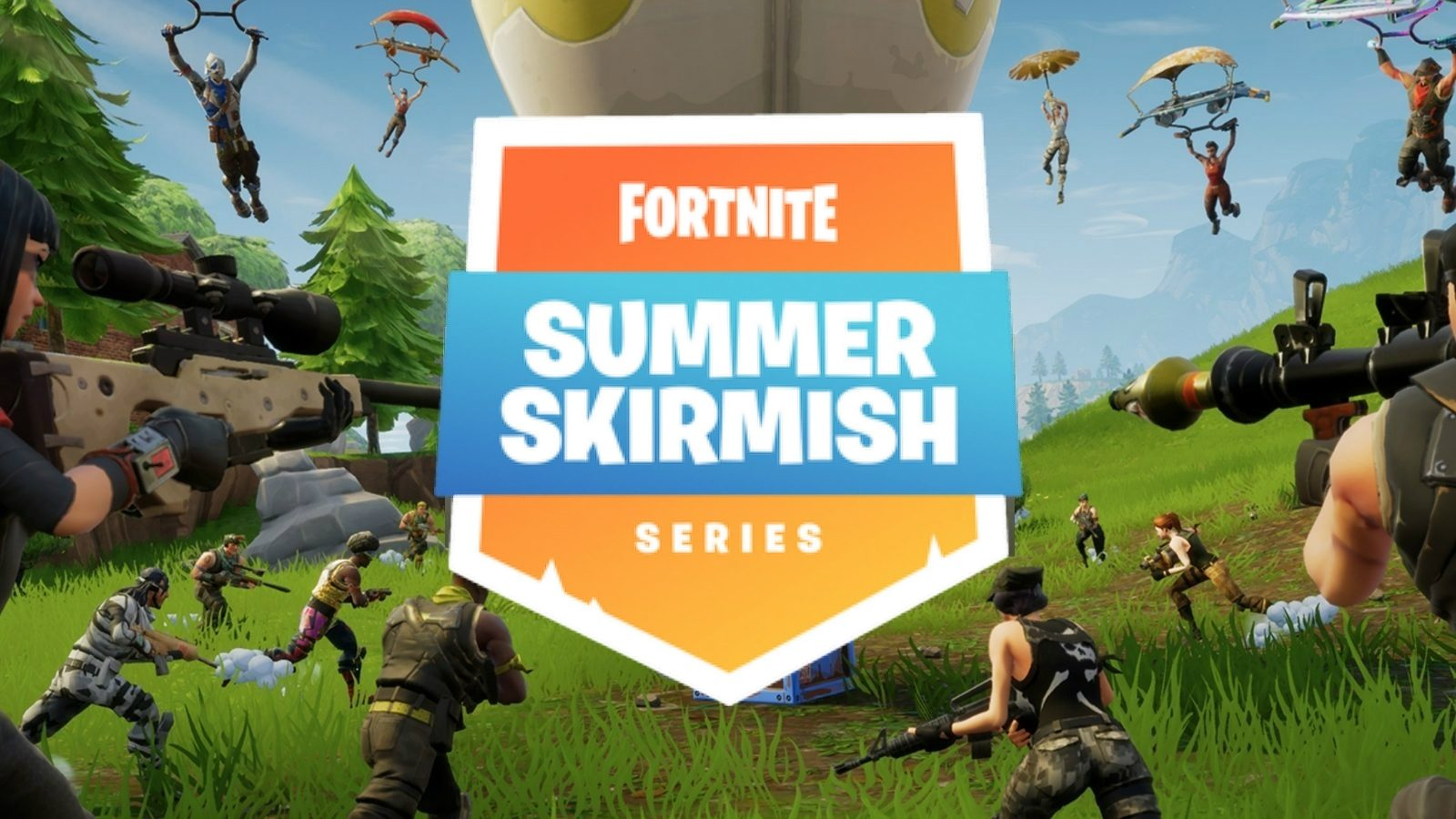 This is further proves my point that these kinds of games can never be perfectly balanced to make it enjoyable for both competitive players and newer players. Competitive Fortnite is a whole other issue that I will expand on in a future article, but Epic Games is still trying to figure out how competitive Fortnite would look like, as the optimal game play for Fortnite is a boring camp fest where no one seeks out kills, and turtles behind their structures until the very last circle.