So it turns out…

So it turns out that a lot of what I was speculating or implying was already addressed through Moon Jae In’s policy goals on the Ministry of Unification’s website, which I apparently missed while doing my research on the One Silk Road article. This website is a great resource for giving a thorough overview to both Moon Jae In’s vision statements regarding different bases that he needs to cover in order to facilitate a faster unification process between North and South Korea. 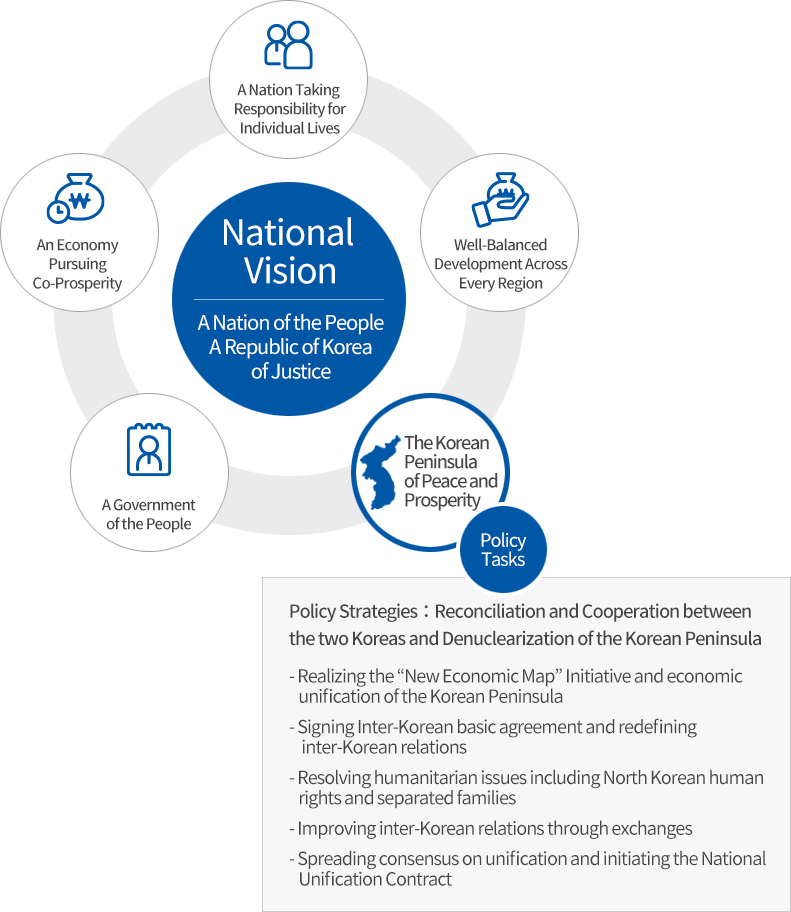 Is this a Problem or a waste of Time?

Of course not! If anything, I’m glad that my implications just happen to be very in line with what proposals are being explored in reality. This revelation or discovery means that I am within the correct line of thinking with the South Korean government’s way of thinking or future aspirations regarding how they are handling the reunification process, where it is emphasized on the Sunshine Policy, and relying on friendly, peaceful relations with North Korea in order to achieve a more cooperative process in mutual economic development. I position myself in a particularly difficult position where I do not want the solution to be centered around the downfall of the North Korean regime, as it would both be very costly to sustain such a process by South Korea alone, and it would be the more ethical thing to do, rather than relying on the destruction of a system. I feel that there is a difference between preparing for such a scenario and wishing for an outcome to occur.

This was briefly touched upon in my article going into detail regarding the One Belt, One Road Initiative, where I showed this particular diagram where it lays out new growth drivers along the Korean Peninsula by constructing three economic belts and essentially connect them to the countries up North such as Russia or China:
* Environment-Tourism belt on the DMZ – connecting Mt. Seorak, Mt. Geumgang, Wonsan, and Mt. Baekdu.
* Industry-Logistics and Distribution-Transportation belt in the West Sea – connecting Seoul, the Gaesong Industrial Complex, Pyeongyang, Nampo, and Sinuiju.
* Energy-Resource belt in the East Sea – jointly developing Mt. Geumgang, Wonsan-Tanchon, and Cheongjin-Rason, then linking Russia with the east coast of Korea. 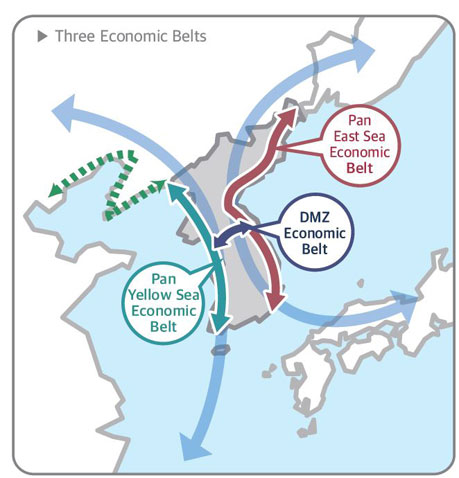 The goal of this new belt integration infrastructure is to create an inter-Korean market, where it establishes a public-private partnership network, while implementing market cooperation into different phases. This lends itself into two different segments of my proposal, where there is a contrast between a physical infrastructure, and the establishing a digital system through leveraging the advantages of blockchain technology into a creating a system for propagating finance through trust-less transactions and the involving a neutral third party for immutable transactions.

Their goals are abbreviated as such:
* Ease the tension between the two Korea’s by having regimented talks and normalizing the tendency to have inter-Korean dialogue.
* Establish inter-Korean relations and institutionalize an immutable state of peace on the Korean Peninsula as a whole through making a contract outlining basic agreements.

Main takeaways from their central points include:
* Through the company Red Cross, repair the main points of communication between North and South Korea, furthering the dialogue in the field of sports, economy, and military.
* The signing of a immutable contract that acting in accordance of these new circumstances while respecting the agreements that are outlined in the contract.

Their expectations are iterated in that they seek to resolve pending issues between North and South Korea through an established dialogue, and establish a foundation of peace through this compilation of basic agreements that are made.

Quickly summarized, this task focuses on the establishment of the North Korean Human Rights Foundation as a way for North Korea to start enacting the preservation of human rights as soon as possible. This foundation would also enable NGOs (Non-Governmental Organizations), to assist people in dire need of assistance in the North in order to cease the suffering of the less fortunate in North Korea. 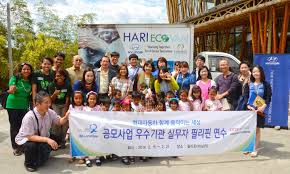 Facilitating the improvement of the conditions of North Koreans is essential by healing the pain of national division for separated families, which lead to a sense of unity through the older generation in both North and South Korea. Just last week, this article covered that there was another milestone occurrence, where 89 families that were separated before the war were reunited for the first time in over six decades. There have already been efforts to set these goals in motion in comparison to the other set goals that are listed on this website. 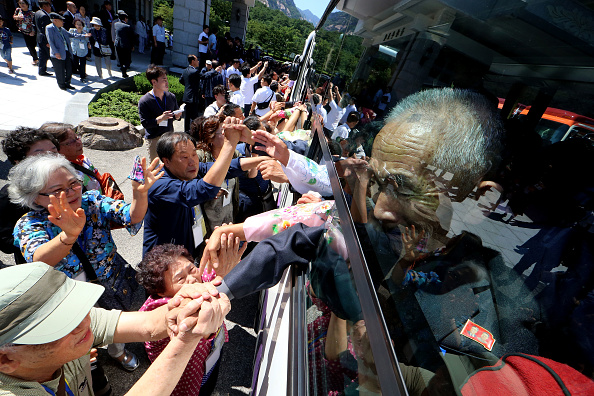 Main points to take away include compiling the Grand Dictionary of the Korean People’s Language for better communication between the citizens of both countries, and easing the creation of a universal language for a unified country. This past Pyeongchang Winter Olympics represented a figure of peace due to the participation of North Korea in the games. There are broad expectations for this task, iterating the enhancement of accessibility toward inter-Korean exchange.

This is a very important policy task, as it deals with retrieving the general consensus of the citizens. The main goals for this task is to sign a national agreement on unification based on the public consensus.

The introduction of blockchain technology would be important in generating a public consensus to the reunification efforts through an equal input from every citizen, where one person’s worth or vote is worth the same as next, no matter if you’re rich, poor, old, young, male, female, etc. 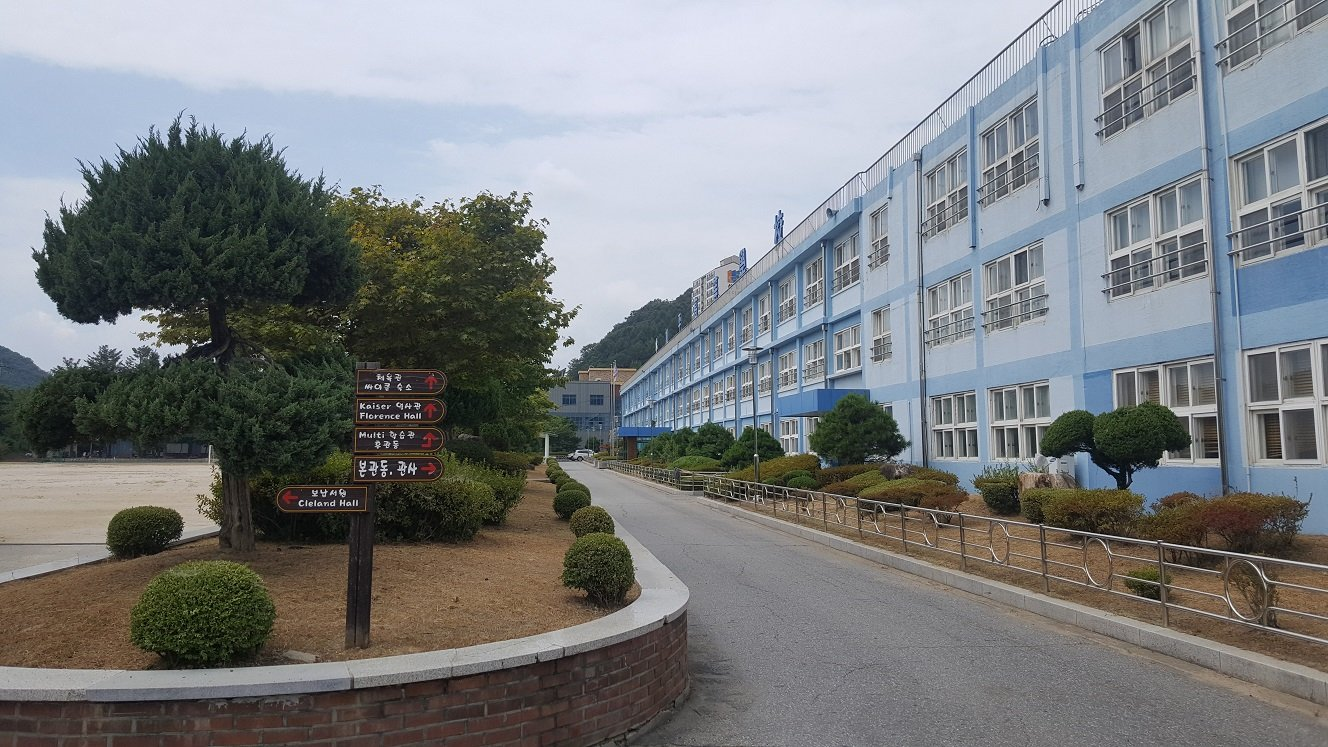 There is another post, by @cheongpyeongyull that talks about a school that was built through the crowdfunding of the U.S. soldiers that were stationed there during the Korean War, where each soldier donated $2 to build a school. This represents crowdfunding in a time of conflict, where people put aside their differences to make this change. This was an example of an equal consensus of the soldiers, where it didn’t matter how much money each soldier had. Rich or poor, each soldier donated $2.