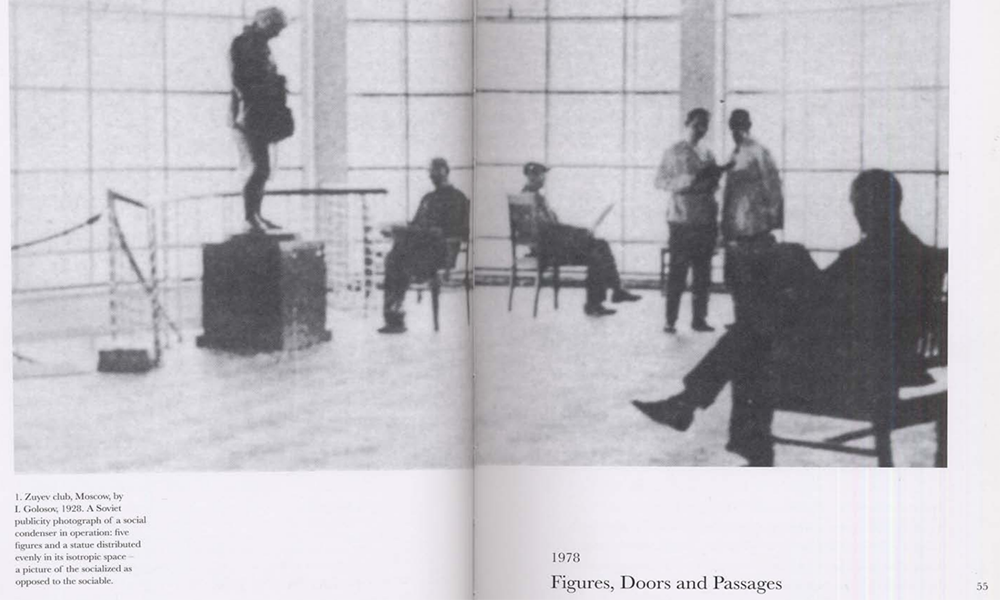 In order to better understand the connection between how a blockchain system works versus how it can imply spatial creation, my thesis coordinator Mary-Lou Arscott has suggested that I read this excerpt from this reading called *Figures, Doors, and Passages by Robin Evans, which goes into detail regarding how housing established its separate narrative based on basic human needs and the involvement of modernity in how it has changed how we think about domestic planning.*

Domesticity – home or family life
Myopic – near-sightedness
Carnality – characterized by the flesh or body
Concatenation – a series of interconnected things or events
Substratum – an underlying layer or substance, a foundation or basis of something
Canalization – follow the same trajectory under different conditions
Percolate – filter gradually through a porous surface or substance
Expurgations – remove matter thought to be objectionable or unsuitable from (a book or account)
Consternation – feelings of anxiety or dismay, typically at something unexpected
Subterfuge – deceit used in order to achieve one’s goal

It has been assumed that all housing was founded under the assumption of basic human needs, but the problem with modern housing is that it has consequences in it conceals the power that the customary arrangement of domestic space exerts over our lives, while concealing the fact that this kind of organization has an origin and a purpose. When one looks at the floor plan, it is supposed to describe human relationships, in which the addition of windows, doors, walls, and stairs are utilized to first divide the space, then selectively reunite the inhabited space. With each space fundamentally having an origin and purpose, it can be related back to the concept of baesanimsu, where the ideal house is built with a mountain in the back and a river in the front. 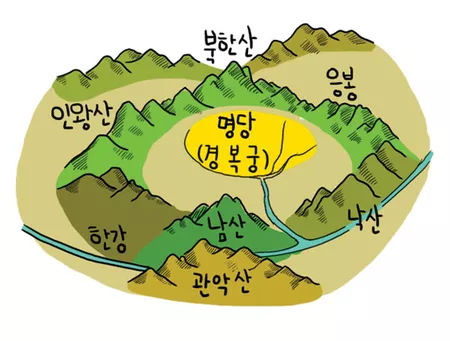 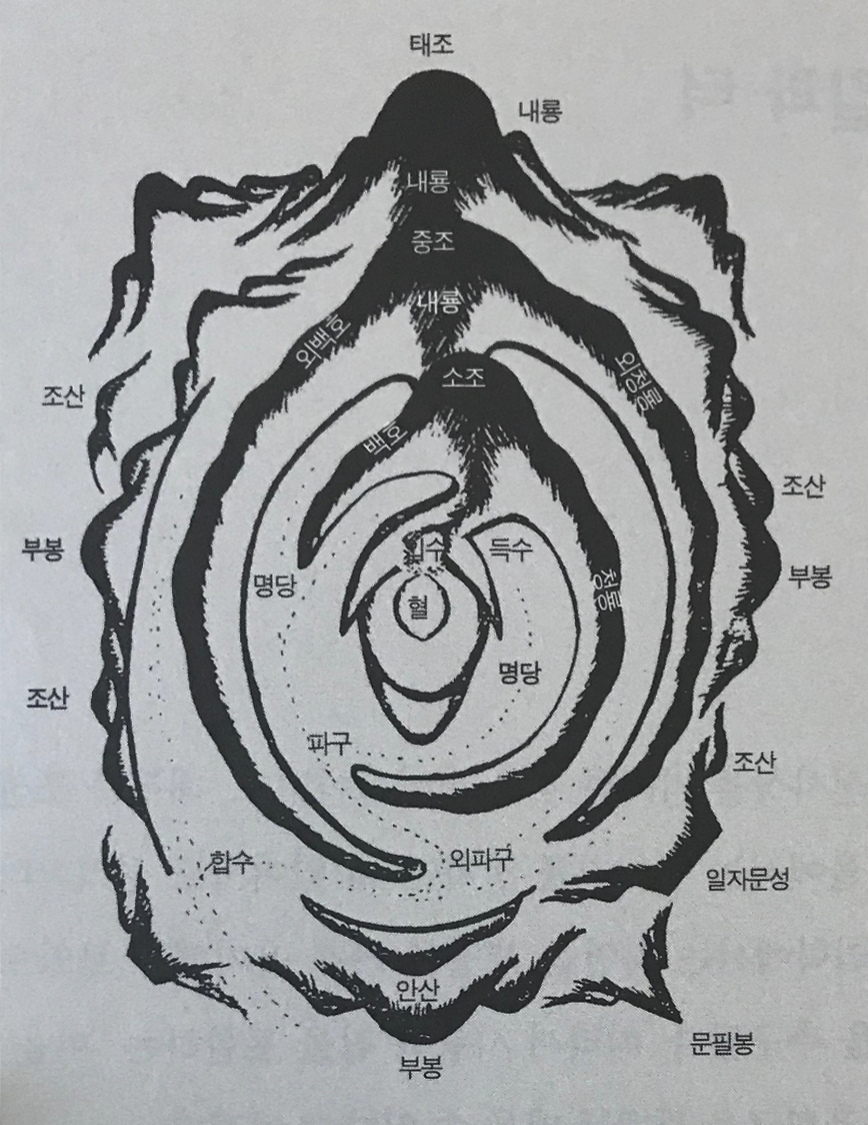 What is absent from even the most detailed plans in how human figures will occupy it. Even in the rare cases where human figures are added, they are included as mere ‘signs of life’. Evans then goes in depth into how much detail goes into the expression of the human body, flesh, sinew, and muscle and all are considered in famous paintings. 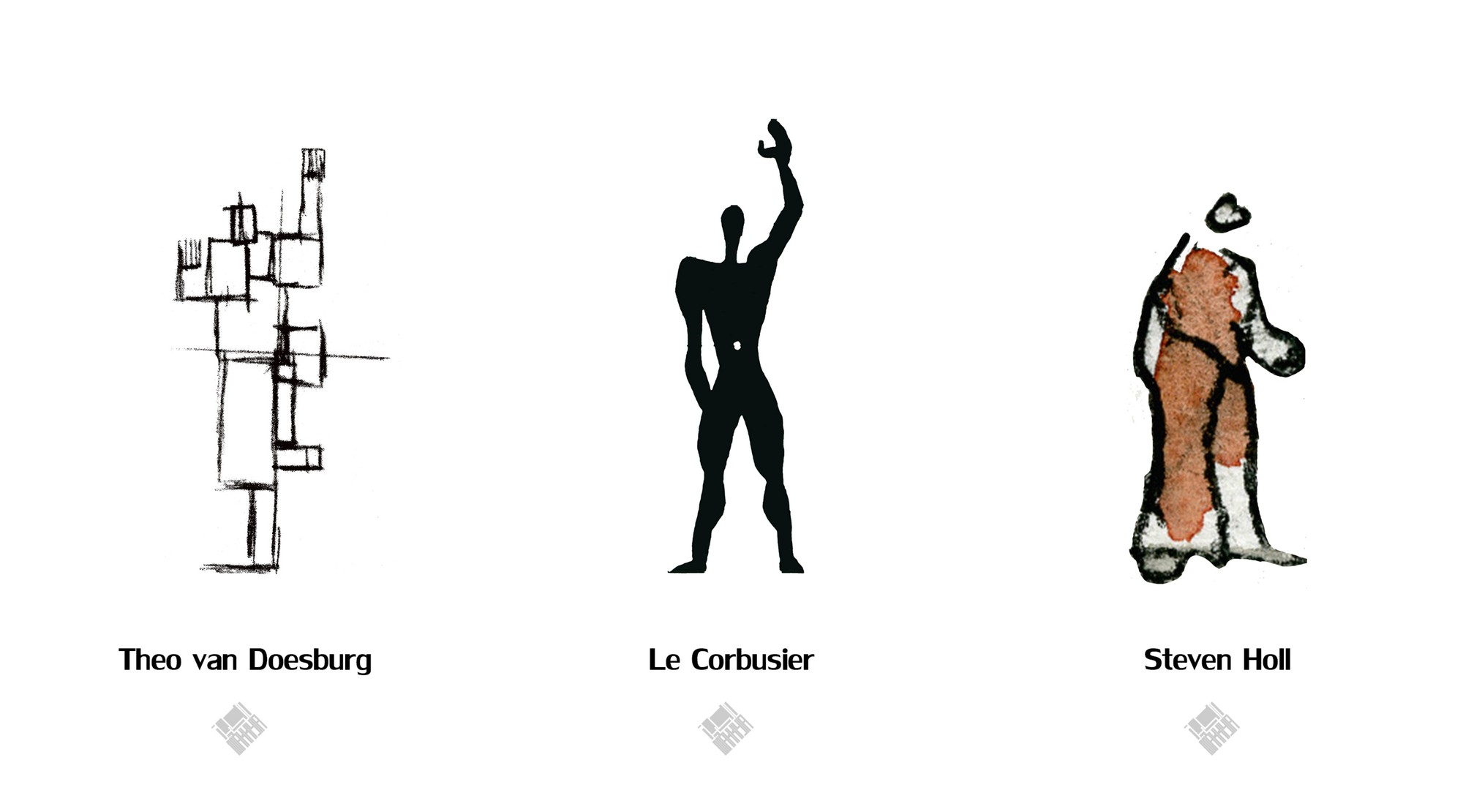 Using a villa project by Antonio da Sangallo as an example, it shows an established idea of strict classical conformity, but surprisingly there were no duplications, and every room was different, even though most spaces within the villa were symmetrically composed. The building as a whole was diverse, but it is hard to tell from the plan which were chambers, loggias, courts, because they were all the same shape. 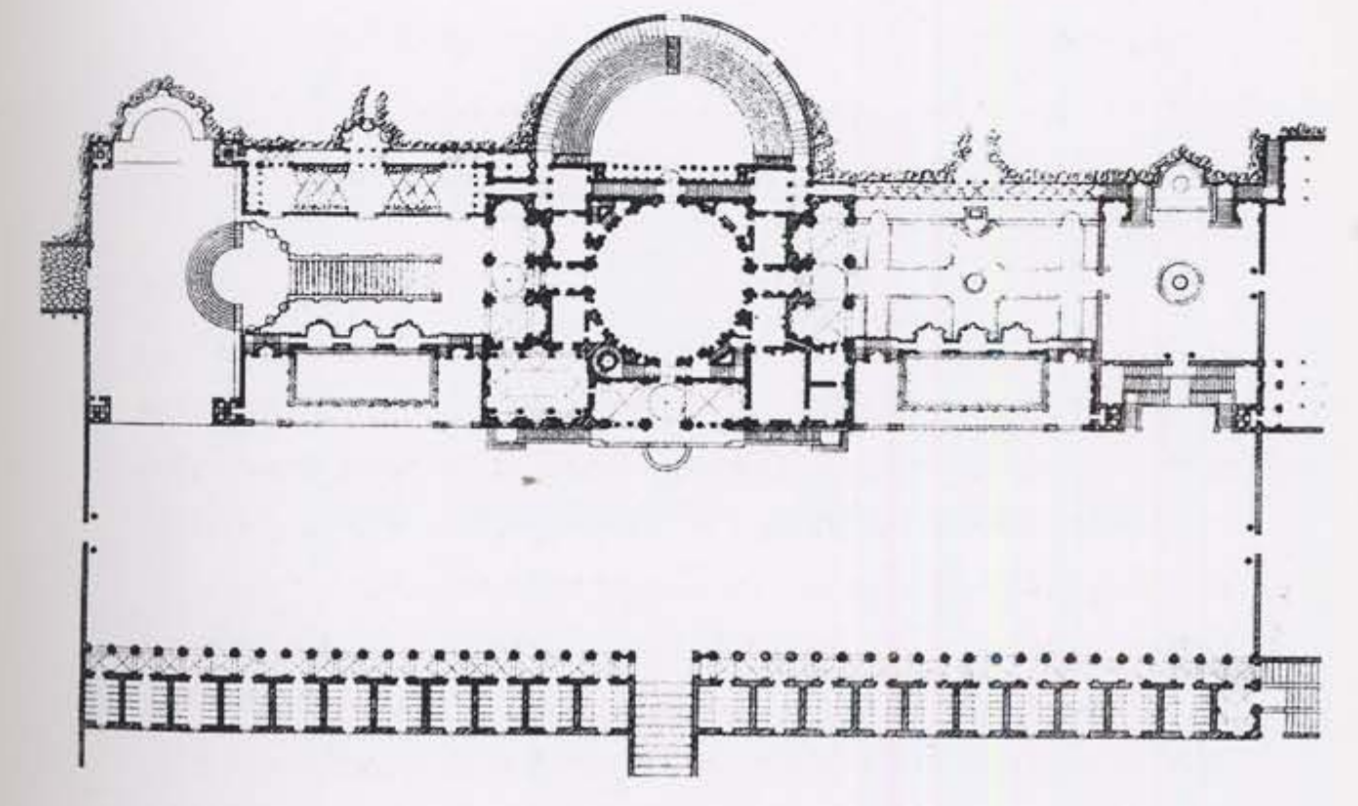 These concepts relate to the traditional planning of villages in Korea, where the positioning and planning of the house is considered before the road networks, leading to village plans that look like the village plan shown below. These houses are all different, with the shapes differing by region. 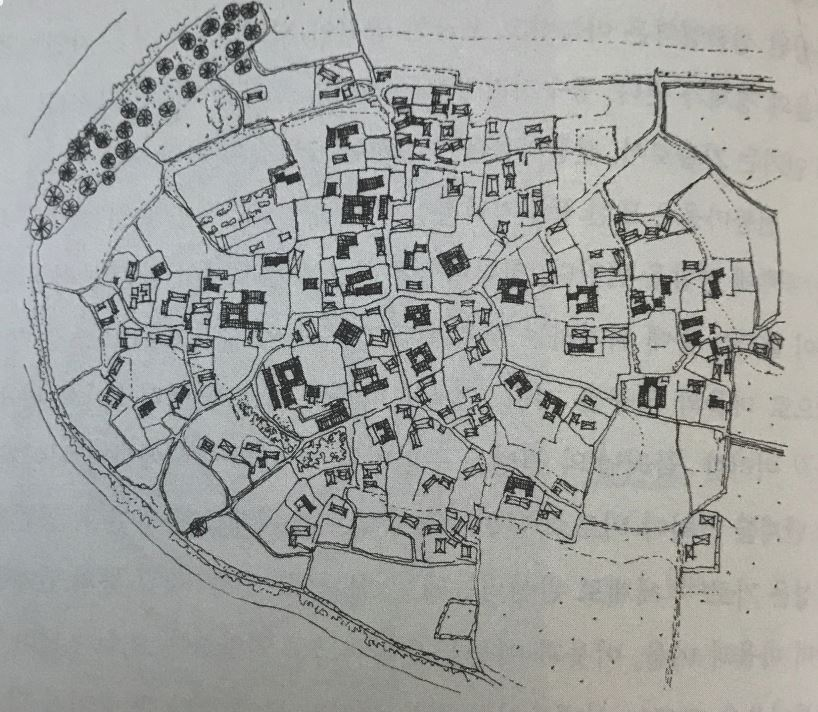 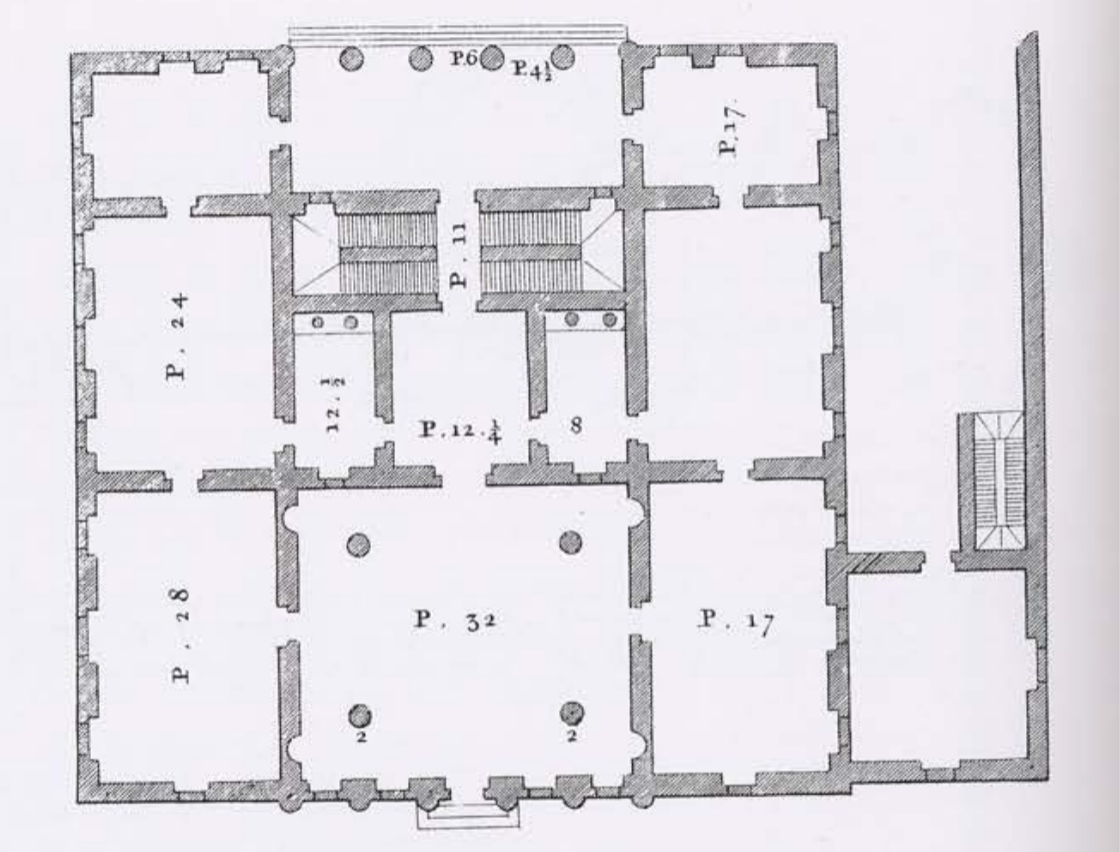 The idea of doors is very interesting in that it contrasts independent access with group access, and the resulting level of privacy of the room. A big characteristic of the Villa Madame is that every room has more than one door. Italian theorists have recommended there be as many Parts to the building as possible, especially for both public buildings and domestic arrangements. 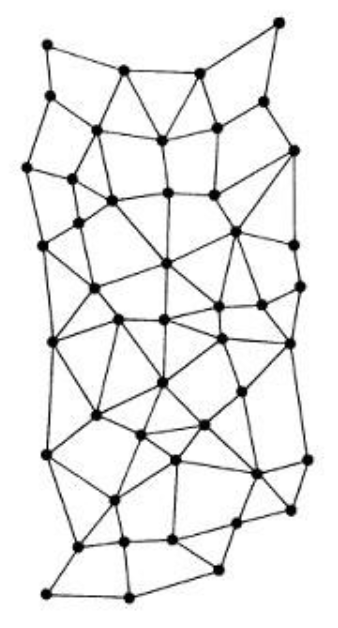 This connection can be made to blockchains and the system in which they are structured. With every room having at least two doors, each node always has multiple connections that branch out from it. This is a concept where leveraging the advantages of blockchains can lead to spatial implications and begin to visualize the spaces created.

“…company was the ordinary condition and solitude the exceptional state.” – Robin Evans

As time went on, 19th-century England transitioned into having only one strategically placed door, which radically changed the pattern of domestic life. This introduced another concept, where they would “minimize the necessary intercourse between the various members of a household.”

Architecture only an After-thought?

The Book of the Courtier was a courtesy book with issues of etiquette written by Baldassare Castiglione and the autobiography of Cellini lack any sense of describing the architecture; “no landscape or cityscape is mentioned in even the most cursory terms.” As referenced, Cellini only mentions anything close to architecture in three separate occasions:
* An account of the circumstances surrounding a robbery,
* An attempt to engineer a reconciliation with a patron while bedridden,
* Describing a confrontation with a potential assassin.

“Rarely did architecture penetrate into the narrative and then only as an integral feature of some misadventure or encounter.”

This is interesting in that it is very difficult to come up with how the Italians “developed a refined, elaborate architecture” when they were so wrapped up in human affairs, and hardly had any time to notice their work, which leads to the development of a paradox. But it could be the accessory nature of architecture that led it to become such a visually rich concept, where out of all the senses, the visual dominates the boundary of experience in which a room would provide an edge to perception. But in the immediate vicinity of one’s body, the other senses would be as, if not, more dominant. 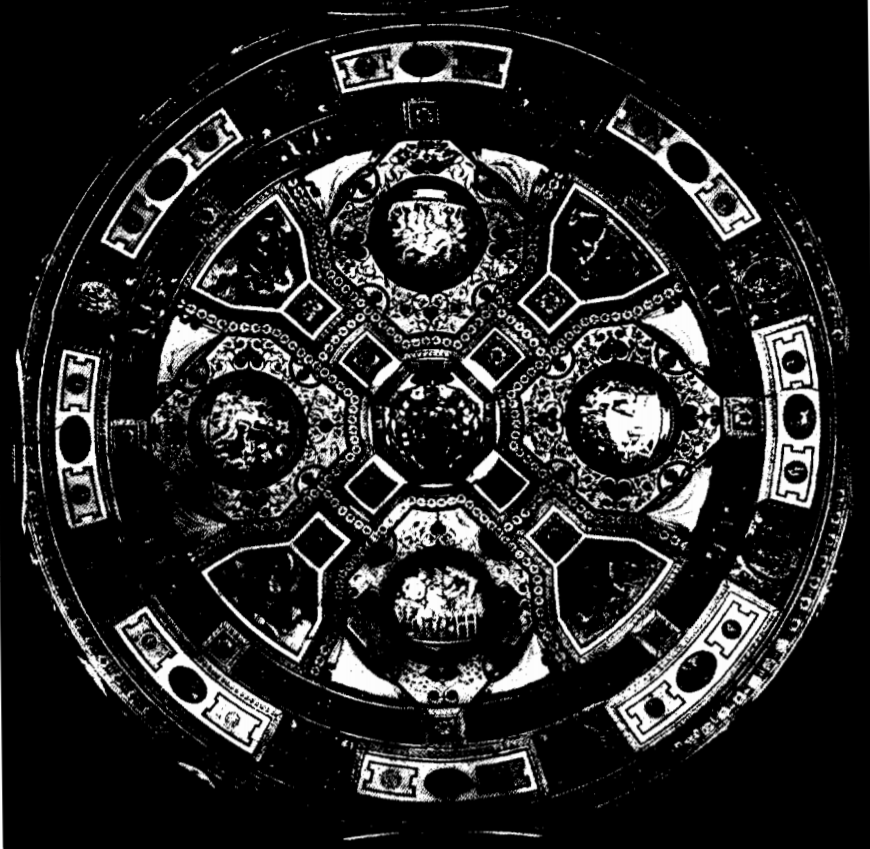 As we go into passages, in history they have been used as a device for removing traffic. According to Sir Roger Pratt, who is an English architect of the 17th century, the passage was meant for servants to never appear in front of what happens in the domestic space, as was used as a way to show antagonism between the rich and poor. 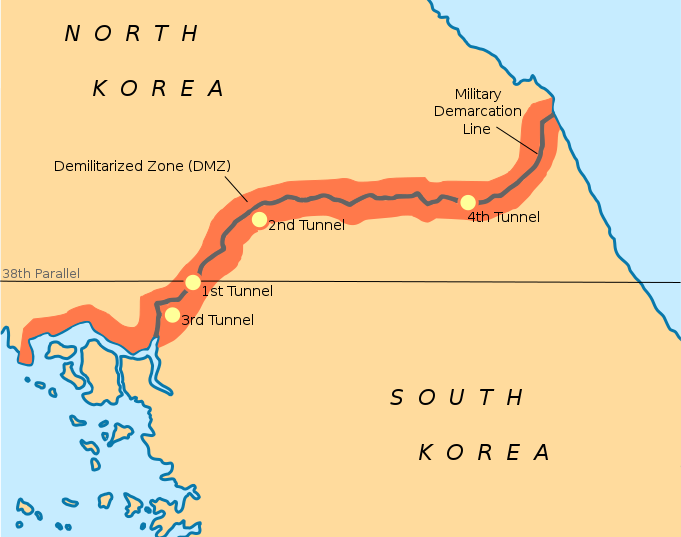 A connection for the function of passages can be made to the aggression tunnels that were found along the DMZ border between North and South Korea. The context around these tunnels was that it was built by North Korea, who were planning a military invasion route in the past. Now all tunnels except for the first one can be visited through a guided tour. The point of these tunnels were to hide the soldiers and covering their presence while crossing border. In the eyes of the defector, they would escape while avoiding the views of North Korean forces. Perhaps the spatial implications for these new spaces can showcase that passages/corridors aren’t meant for just hiding, and display a more open space that give options to different destinations. 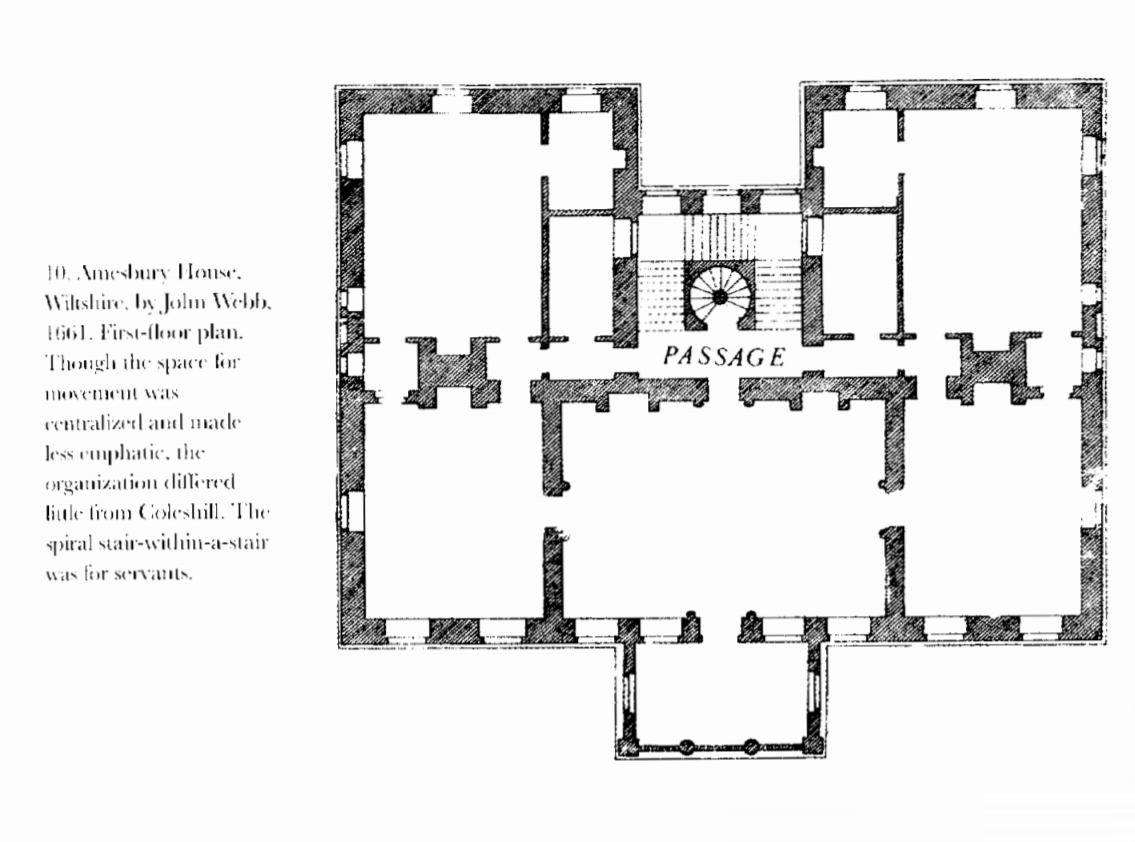 “Accordingly, the integration of household space was now for the sake of beauty, its separation was for convenience – an opposition which has since become deeply engraved into theory, creating two distinct standards of judgment for two quite separate realities: on the one hand, an extended concatenation of spaces to flatter the eye; on the other, a careful containment and individual compartments in which to preserve the self from others.”

The evolution of privacy formed through the separation of the home into two divisions, with “an inner sanctuary of the inhabited” and an unoccupied circulation space, which makes it hard to come up with a reason to enter a space if one does not have business there. A compartmentalized building had to be organized by the movement through it, because movement was the one thing that gave it coherence.

For both Battista Alberti, (Italian architect) and Robert Kerr, (British architect), they both despise the intermixing of servants, family, children, and women in one household. How they approach it differs as such:
* Alberti values the arrangement of spaces through proximity, similar to how a quilt is sewn through different patches of fabric,
* Kerr values everything that goes with be against the possibility of commotion and distraction through compartmentalization, similar to how these spaces are like apples that are attached to a tree.

Ever since the beginning of the 19th century, there hasn’t been any major changes to thinking about domestic planning, as there have only been slight changes and modifications. A big criticism mentioned was that social architecture was only concerned with the fabrication of buildings rather than the occupation of these buildings. 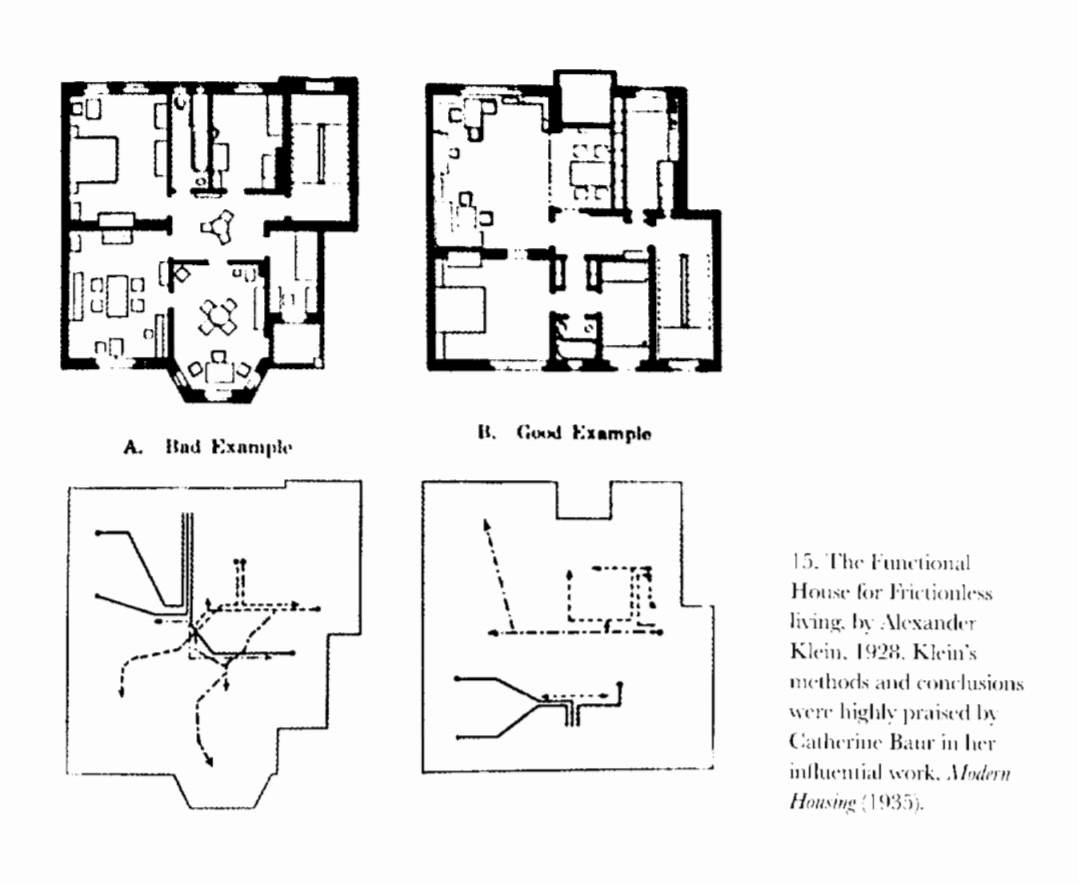 William Morris is an English socialist activist that dislikes intimacy and the act of touching, and believed that “…when flesh touched flesh a subtle style of torture was taking place”. In order to combat this oppressive 19th century family life, there were two options, which are:
* Collectivizing the proximity of intimate relationships in order to dissipate them,
* Individualize or atomize each person even further than before.

It made sense for constructivists such as Le Corbusier to use the individual private cell as the basic building block for developing whole new cities, where all the other facilities are collectivized. When thinking about spatial development for my thesis proposal, I need to consider being humble with how the spaces are going to be both created and arrange in order to have a delicate re-education experience. For the most part, these North Korean citizens are going through a lot with their lifestyle and this level of endearment and delicate care needs to be reflected in the spaces created.

“…the logic now buried in the regulations, codes, design methods and rules-of-thumb which account for the day-to-day production of contemporary housing.”

This reading is important for me to look into, as it states in this reading that an infrastructure of connected rooms is appropriate in a context where society feeds on carnality, which recognizes the body as a person. When considering the recuperation of North Koreans or even South Koreans in a post-unified society, whether it has happened through the Sunshine Policy, or from the North Korean regime self-destructing, we need to look at them as people, what needs they would have in addition to the functions offered, and how these interactions would occur between these two parties. Different housing complexes or educational facilities would be different from one another, as younger South Koreans would feel more alien in front of North Koreans in comparison to the older generations, because they do not have any relatives in the North. This would affect how interactions would happen in these different spaces.

As Evans states, “…architecture is made into a vehicle for observation and reflection. Overloaded with meaning and symbolism, its direct intervention in human affairs is spuriously reduced to a question of practicality.” Architecture differs from reading or paintings, as the latter are meant to capture a moment in time, but architecture is designed to provide a format for social life, and the dynamic interactions that happen in constantly pacing time.

Architecture should be promoted in a more productive way, rather than just acting as a preventive measure, whether it’s an agency of peace, or security and segregation which limits the horizon of experience. In a way, the created spaces should draw people towards other, rather than promoting the individualism of the human.

I encourage you guys that dabble in architecture, @hansikhouse, @voronoi, @critday, @kymio, @manouche, and any others I unfortunately missed, please let me know what your thoughts are regarding this article in the comments.