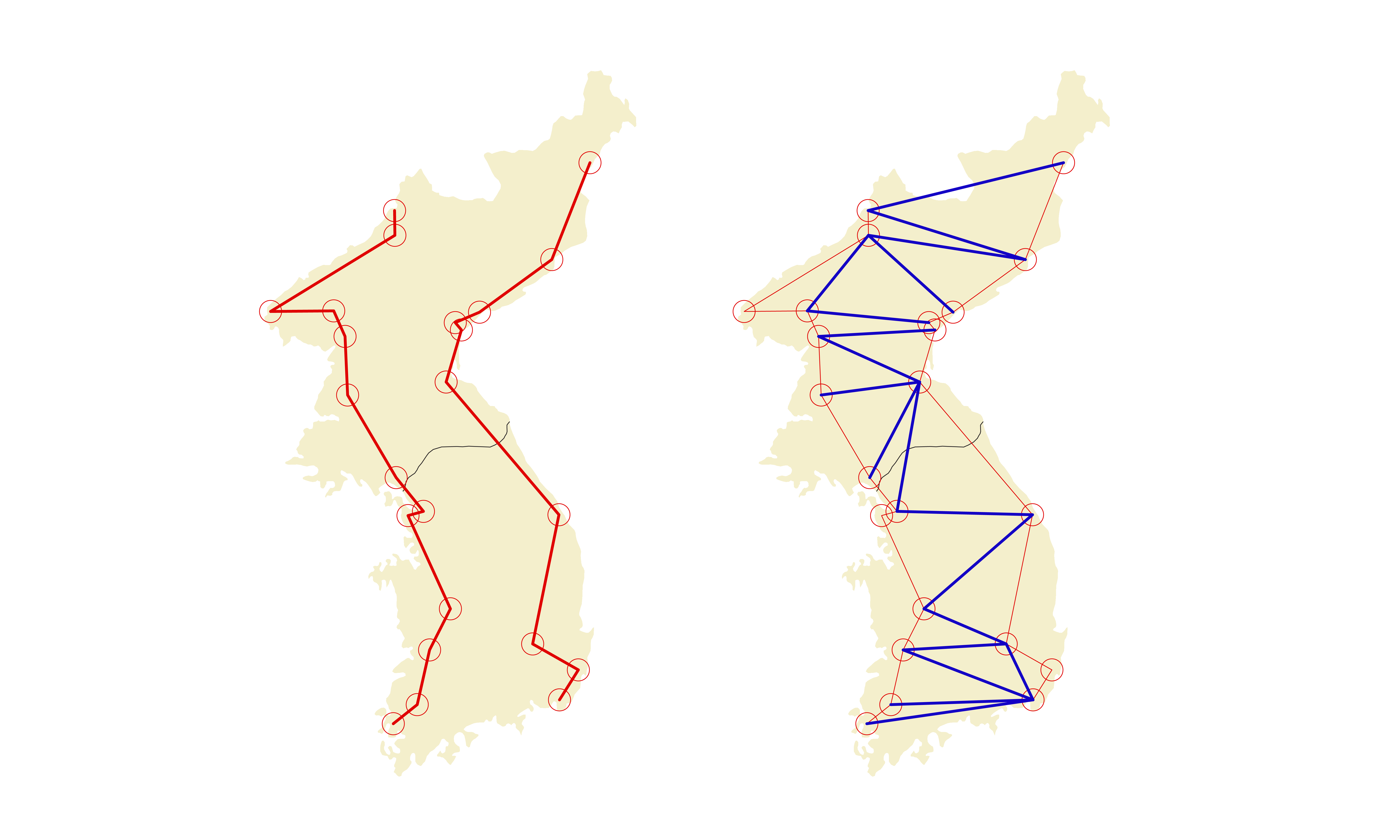 Blockchain Explained in one Sentence

This post is in conjunction with @sndbox’s weekly question, which is to describe the blockchain in one sentence, which can be found here.

”The blockchain is a storage network of information that allows for the inclusion of a neutral third party to have completely trust-less transactions through the development of contracts.”

For my thesis presentation, I don’t have to shorten it down to the extent of one sentence, but ideally I would like to keep the explanation at most under a minute. When thinking about finances or transactions, the blockchain network allows for value exchange to occur without the presence of a central authority, where it is centered two crucial features of the blockchain:
* The transaction is turned into a contract, which throws out any need for additional fees to be made
* The blockchain serves as that neutral third party where a trust-less system can ironically ensure the most trust between the two parties involved.

Explaining the blockchain is a relatable way to those that are more skeptical about the subject is arguably one of the hardest tasks that I have to face regarding the final presentation of my thesis proposal. With blockchain being such an integral factor in how the infrastructure functions in inter-Korean relationships, if the critics do not understand what blockchain is or how it works, then it is going to be very difficult for them to understand the rest of the narrative.

@sndbox’s Blockchain and Bourbon series is a great precedent to reference regarding explaining the blockchain, as they have been through the process of trying to explain to many of their parents, relatives, friends, and acquaintances as they were developing the @sndbox incubator program.

This particular episode called Explaining Blockchain to your Grandma where they focus on how we can make relatable analogies to crypto and the blockchain. This other article by @sndbox called, “It’s Kind of Like…..” Crypto Analogy Illustrations where they hosted a challenge for Steemians to produce their own narratives for explaining the blockchain network to friends, families, coworkers, etc. 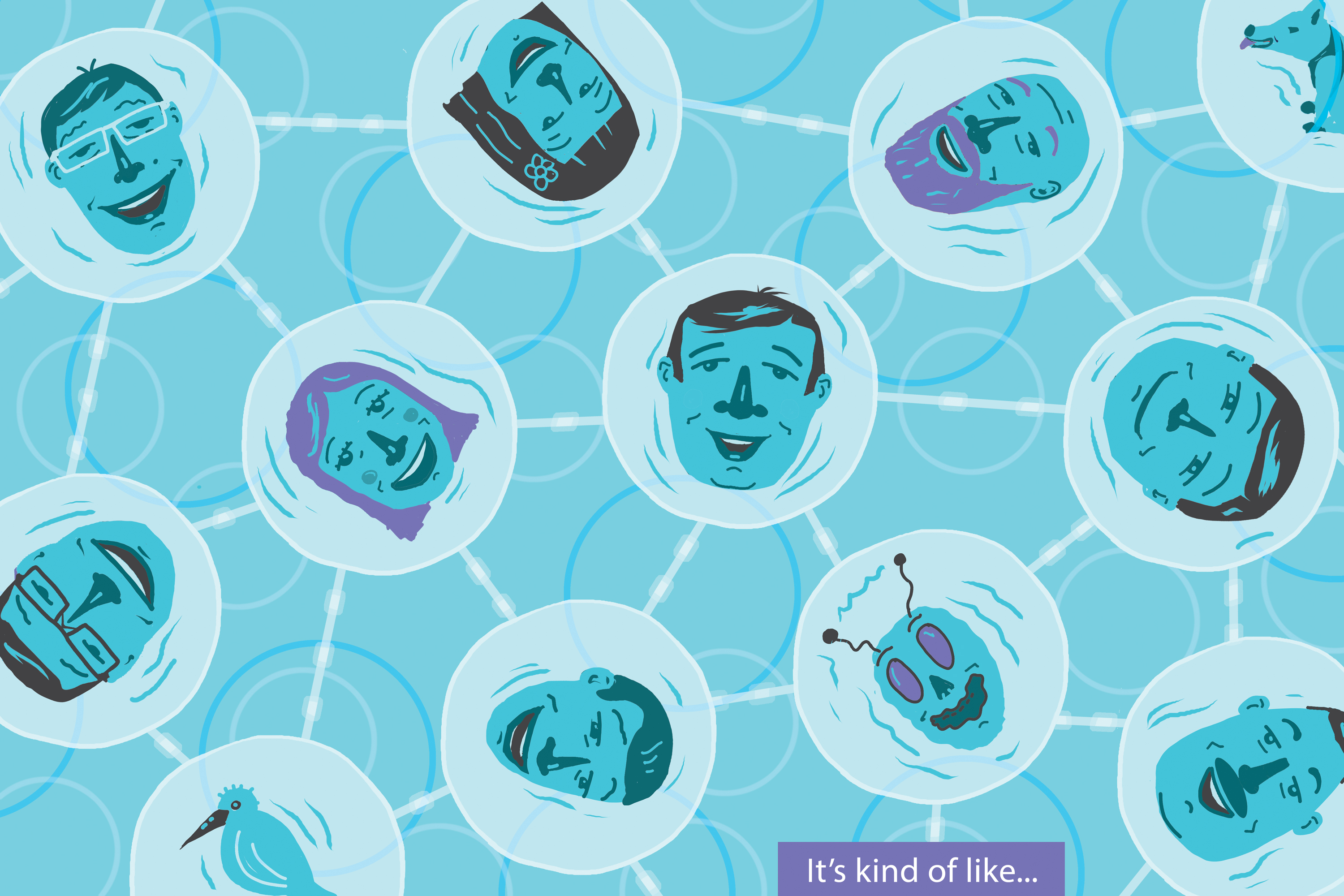 Some of the more interesting submissions include:
* Unexterminable – by @aaronleang

This submission relates the blockchain network to bacteria, in which they have a plethora of sources and that it cannot be truly killed around the world. These bacterium can be turned into either harmful or harmless ones depending on the kind of activity that it meant to be used for.

This submission is very interesting in that it points out that we’re so used to eating meat which is the equivalent of people using banks for their currency and transactions. When people get introduced to a more healthier diet that is in the end more beneficial for the diet of a human, but it’s more just hard to transition to do something that one is not used to.

Why is the Blockchain Relevant to my Thesis Proposal?

To those that are new to reading my articles, my thesis proposal speculates:

“How can I use blockchain technology to empower new built fabric along the DMZ border and accelerate the assimilation of North Koreans in a reunified society?” 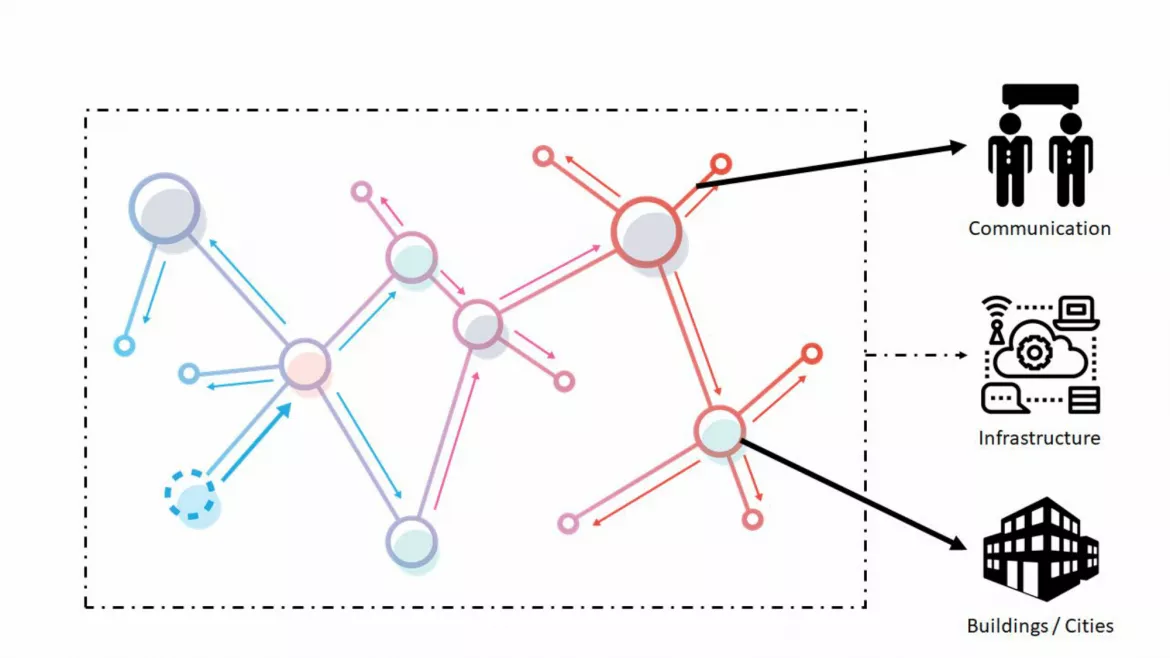 There is great power to decentralization and in my opinion, there needs to be a place for juxtaposition, where a decentralized process can exist alongside the centralized government. This creates a balance to life, where it does not sway in one direction, and gathering the most accurate general consensus is important.

The Physical Manifestation of a Digital Realm

When you think of Moon Jae In’s current reunification policy, where I did a review post on the website here, the “New Economic Map” Initiative comes to mind when thinking about how the three belts follow these paths and systems when considering travel between the cities between both North and South Korea. 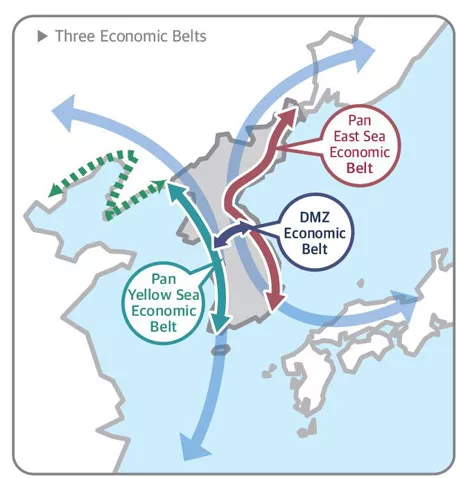 In the diagram below, the left side shows the physical system created from the existing cities in both North and South Korea. This proposal is very similar to the economic initiative map, where the goal of this new belt integration infrastructure is to create an inter-Korean market, where it establishes a public-private partnership network, while implementing market cooperation into different phases.

I would say the physical systems works its way through the constraints of the enormous mountain range in between the left and right side. The digital realm does a great job of creating a network that essentially stitches these “nodes” together, representing essentially a decentralized or distributed system, where the network itself is inter-connected with one another, ignoring the constraints of the physical reality.