With the help of @manouche, I was able to introduce my ongoing research into a specific direction that can potentially tie in all of my ambitions and thoughts into one cohesive narrative, and applying my output of a series of interventions through architecture. I paid attention to inter-Korean travel and did some research on the existing railways, subways, and highways within North and South Korea.

After taking almost a week to delve into the readings that I have gathered, I have used flow charts to help structure my thought process and outline what questions that I need to answer.
Some of these flow charts are as follows: 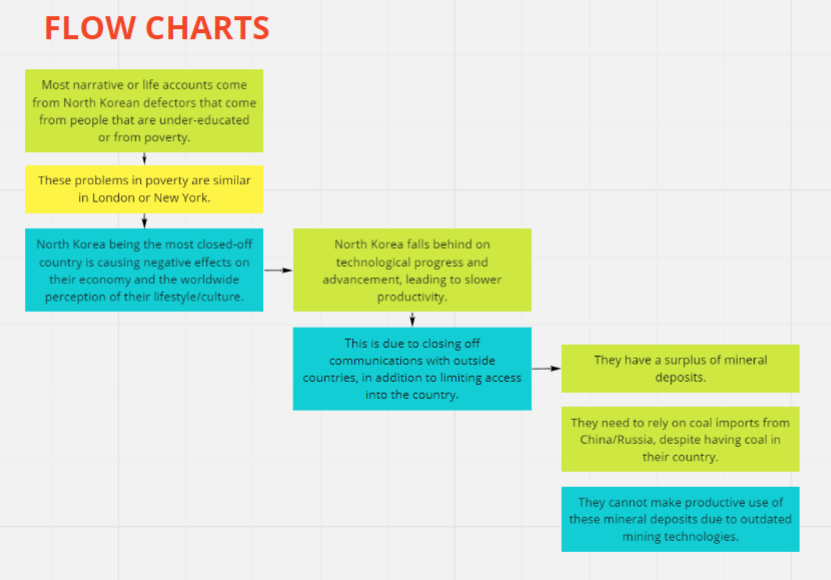 This flowchart goes through the thought process of looking at the existing conditions of North Korea, and what we can do to fix it. This flowchart highlights the updating of technology in North Korea, in order to bring their economy up to a standard where it wouldn’t be so much as a burden to South Korea in the event that they unify.

How can these constraints be slowly broken down?

As a continuation of the first flowchart, this chart suggest the use of inter-continental travel through a common road as a way of having multiple uses, including an exchange program, an economic trade route, and a normal way of transportation, through subway, train, and cars.

How can Blockchain be applied to North Korea?

This flowchart goes more in depth into how North Korea as a country can have access to this blockchain technology. The main constraint is that only 30% of their total population have access to electricity, while less than 1% have access to internet. We can begin to piece apart where the roots of the inequities are through quantitative analysis and begin to propose solutions to these problems.

When looking at the existing infrastructure for both North and South Korea’s highways, railroads, and subways, you can make out a connection between their system. Just from taking a quick glance at combining them, they are actually almost connected. The only thing stopping them is the DMZ border, which exists as both a physical and metaphoric barrier between North and South Korea. 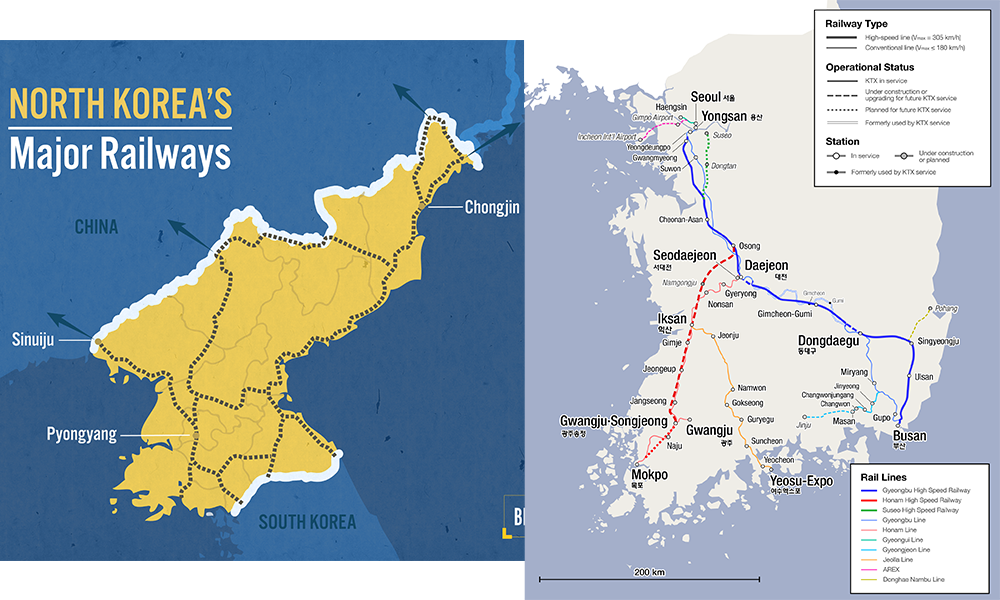 If the main architectural intervention was placed here on the DMZ, where these existing roads would theoretically connect, then it can serve as a transportation and cultural hub for both North and South Koreans, which can express traditional Korean architecture, like a Hanok house, as well as serving as a subway and train station.