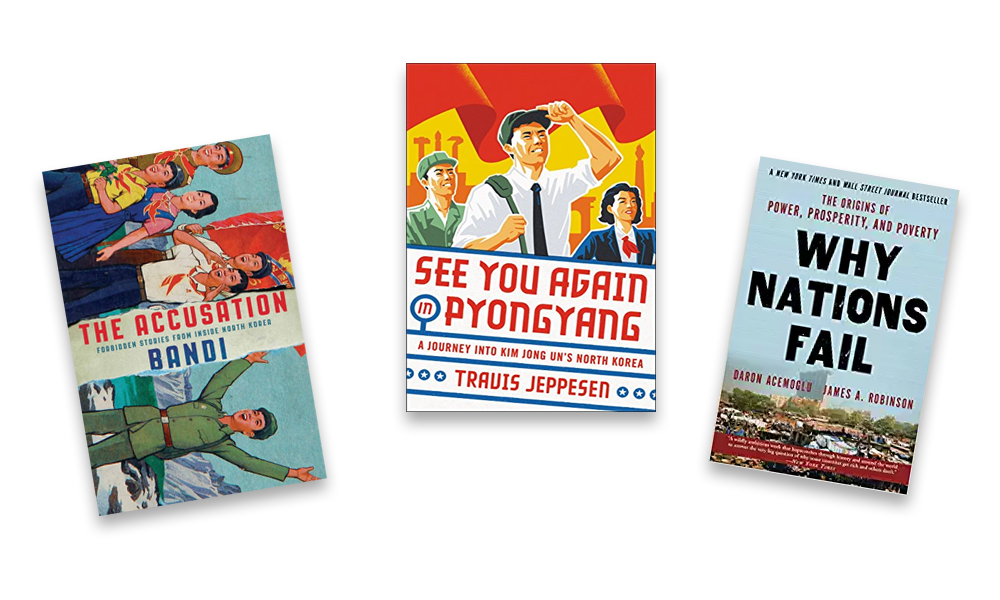 This is a series that I am starting in order to organize the implications and summaries that I am beginning to obtain from my thesis articles, books, films, and videos. Condensing into these blog posts helps me organize my thoughts and connects these ideas like puzzle pieces so I can advance my narrative about my thesis proposal.

What I read or watched this time… 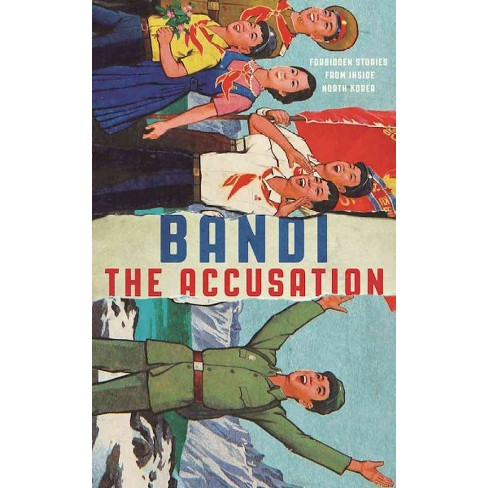 This book was recommended to me by fellow Sndbox member @manouche , and I’m grateful for him suggesting this book to me.

“Forbidden Stories from Inside North Korea”

The Accusation by Bandi is a book that consists of 7 different short stories that each describe how the North Korean regime has severely inconvenienced their lives. This is taken into verification, despite such believable stories, mainly because this book is still classified as a fiction, as there is not enough evidence to prove these stories, other than making speculations or implications.

“Record of a Defection” 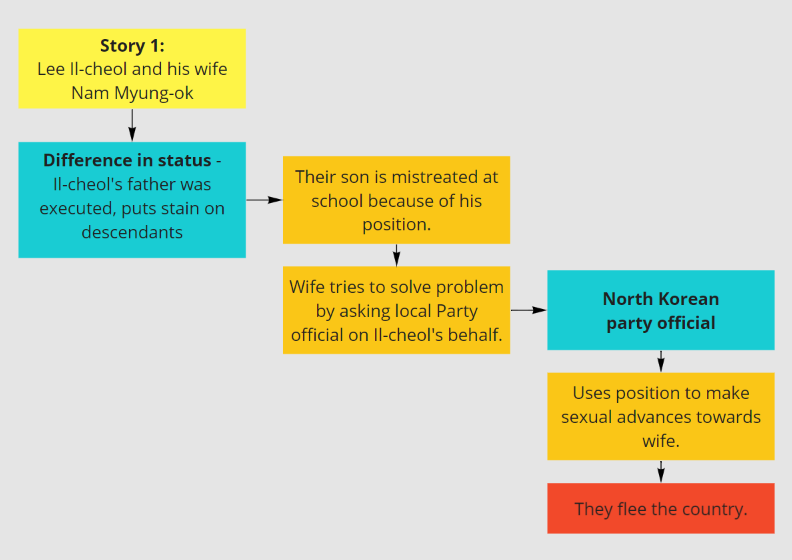 This story highlights how the descendants of an individual that commits a crime are under a social status beneath everyone else. Harsher crimes lead to these descendants being sent to gulags. Takeaways from this story include the abuse of power from a Party official to a certain extent, and highlighting the treatment of descendants based on crimes committed by family members. 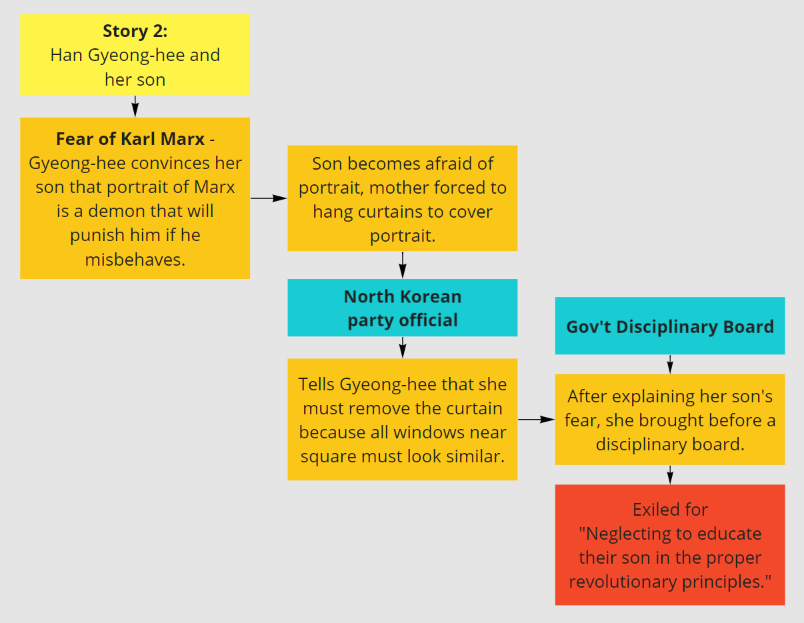 This story highlights the strict and almost unreasonable laws regarding their education regarding the principles of the respective policies. She was exiled over an almost insignificant method of how she raised her son.

“Life of a Swift Steed” 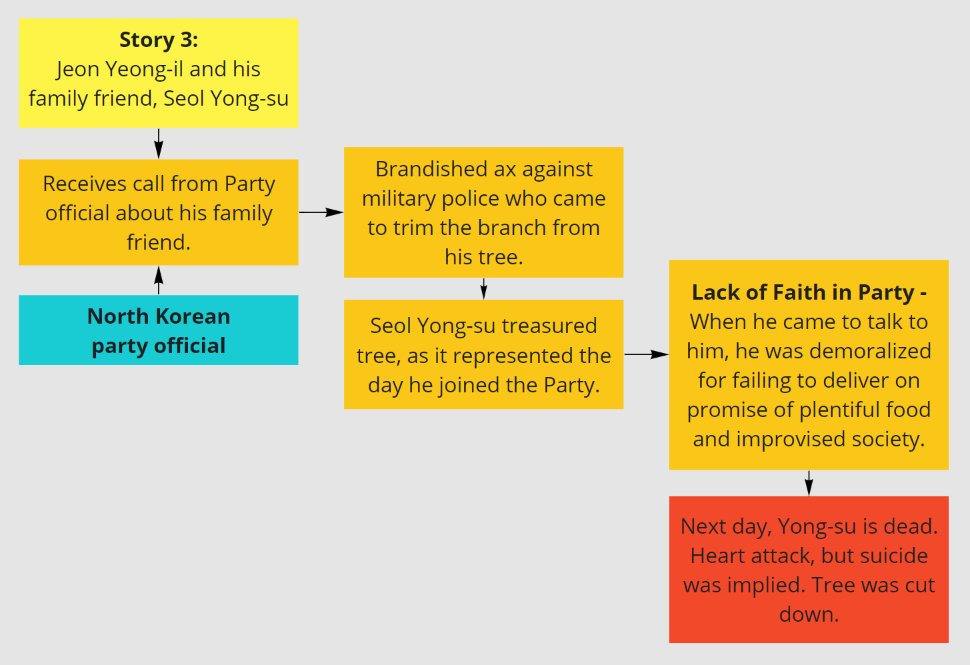 This story highlights the distrust that some of the citizens have of the North Korean Party, using the cutting down of the tree as a symbol. It is implied that he is from a underprivileged class within the country. 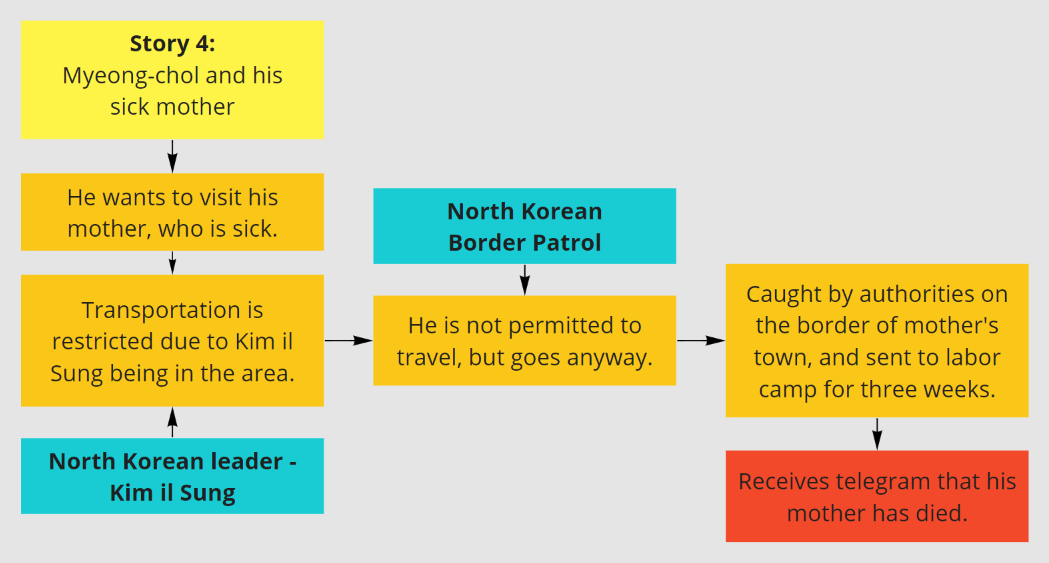 This story isn’t as heavy in when we talk about the policies of the North Korean government. This story highlights the requirements of the transportation system being shut down whenever the leader is in town, which can lead to unfortunate situations like these. 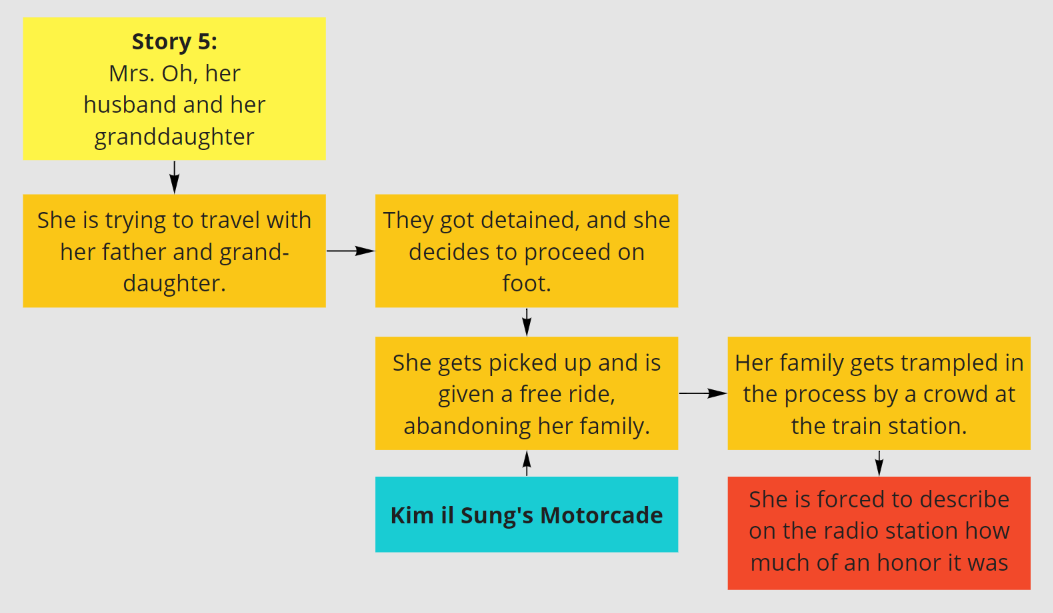 This story is describing how she essentially had to abandon her family. Through having to describe this story as how much of an honor it was to receive a ride from the great leader, she feels complicit in the state’s lies and propaganda. 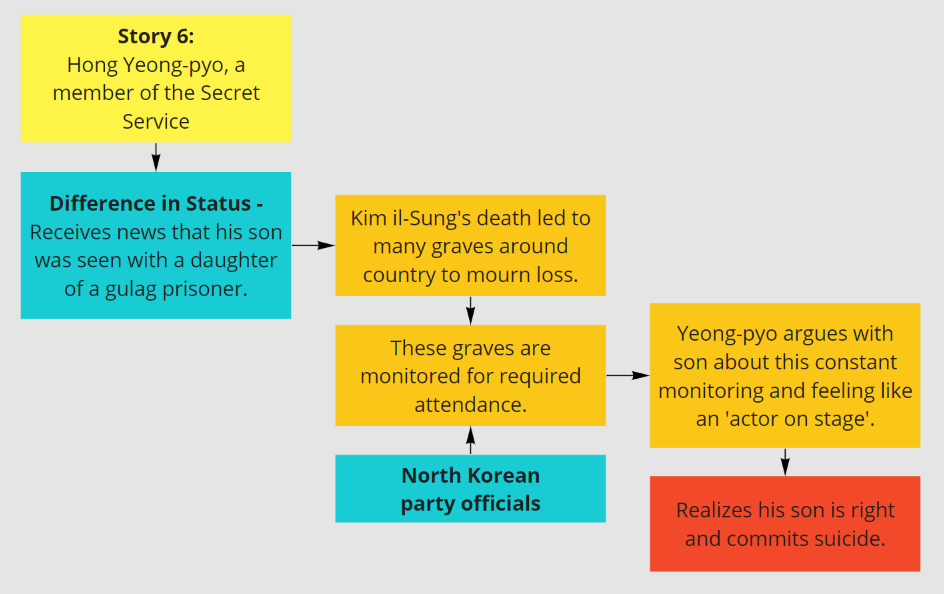 This story sheds light onto what might happen when citizens come to question the institutions that they live under. In the case of Yeong-pyo, he could not carry living, but other suggestions might imply rebellion. 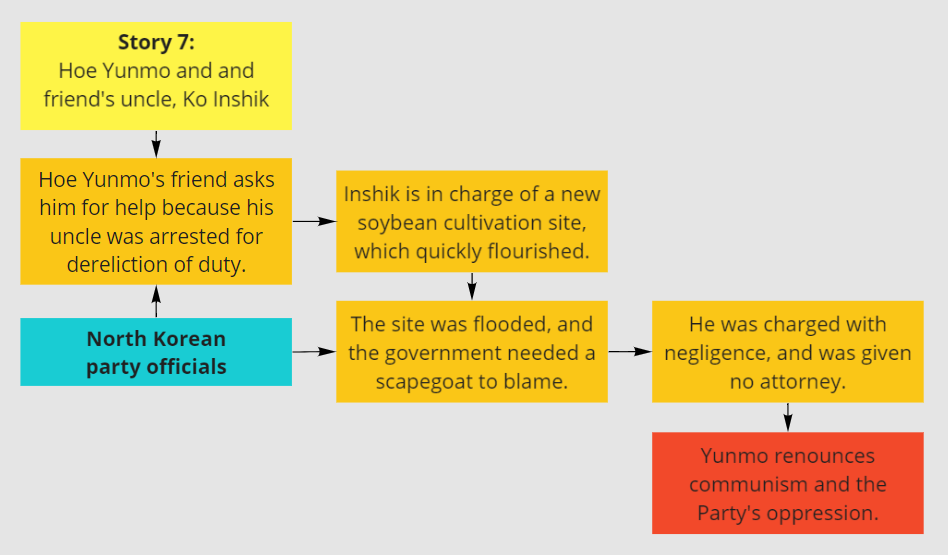 This story highlights the instability of the agriculture of North Korea due to harsh famines and weather conditions. This leads to the government being dishonest with their people, not being able to admit that these harsh weather conditions were the cause of a decrease in food production.