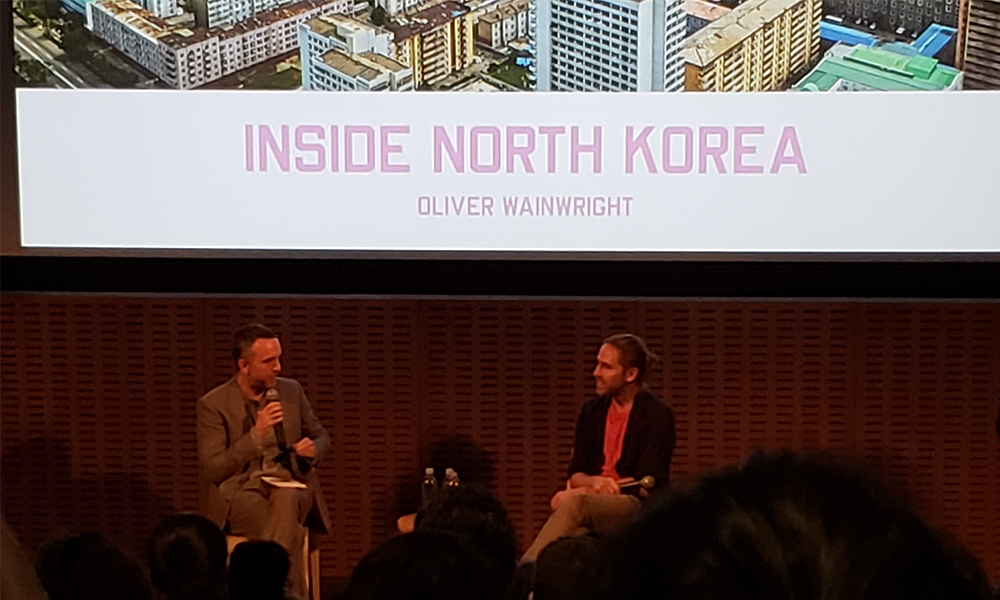 This past Friday, I had the pleasure of attending Oliver Wainwright’s lecture at the MoMA in Manhattan, NYC. It was a great break to go back home for a bit and see family, giving me a fresh new atmosphere to gather my thoughts in preparation for my checkpoint presentation this past Tuesday.

He traveled and took a Koryo tour in North Korea, photographing various monumental buildings under the supervision of the North Korean guides. Through these photographs, we can get a glimpse at Kim Jong-un’s efforts to “turn the whole country into a socialist fairyland.” He also went through North Korea’s idea of juche, which represents the art of self-reliance, where they claim not to take influence from outside forces. This summary can also be found on their event page here. 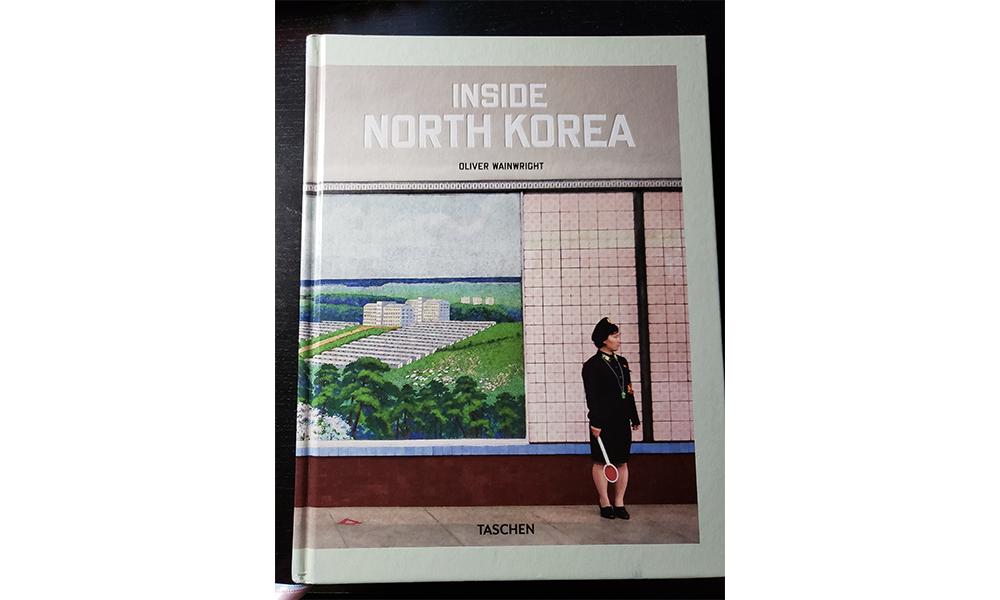 Oliver compiled the contents into a book, which I bought! The book is called Inside North Korea, and it is filled with beautiful photography showing everything that North Korea wants you to see.

The Lecture in the MoMA 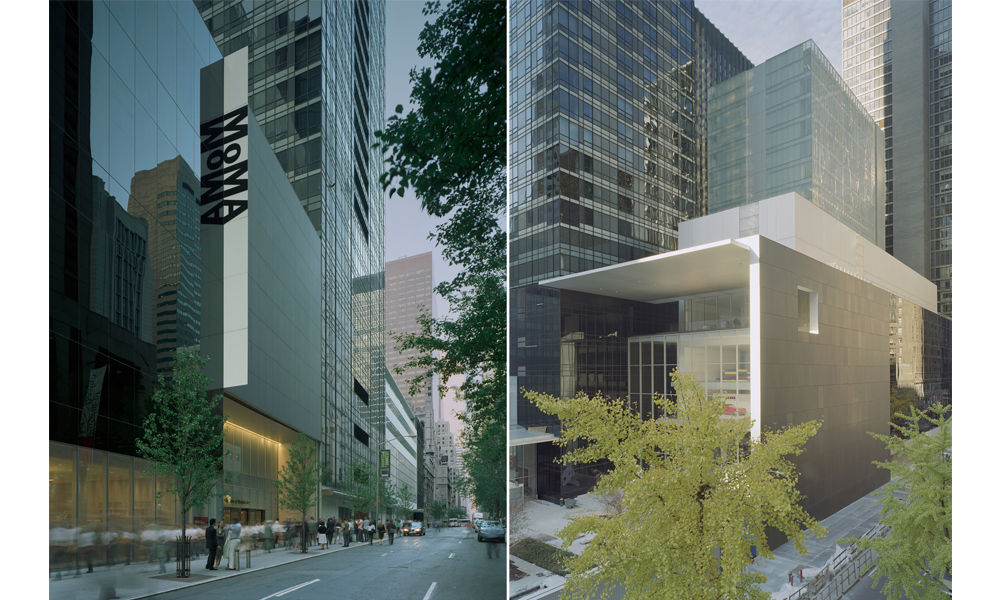 Through an hour and a half long arduous journey through the bus and the subway, we arrived at the MoMA, which is short for the Museum of Modern Art. This lecture is located in the Education Center, Mezzanine, Theater 3. 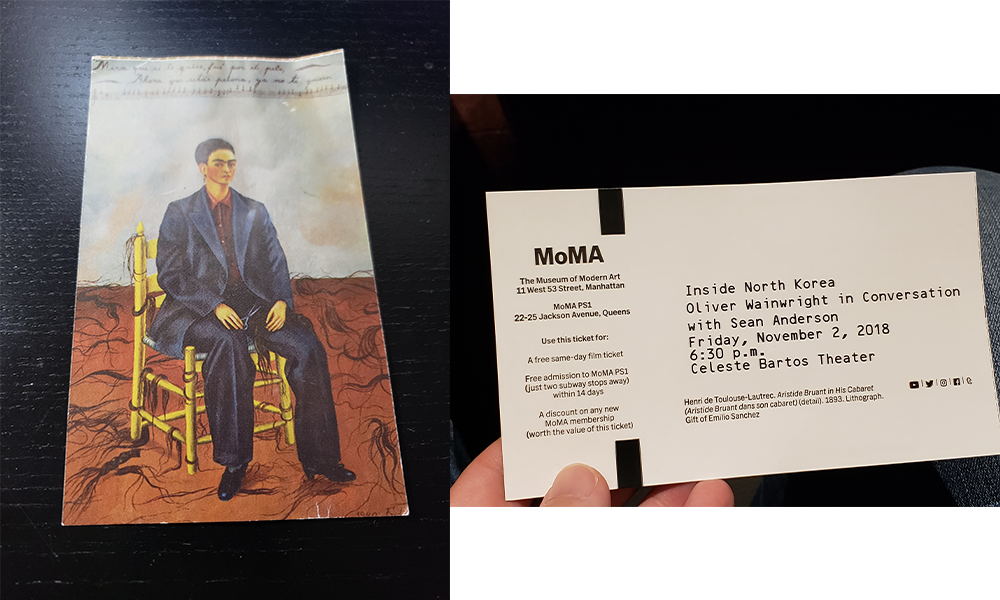 The lecture starts off by mentioning the secrecy that is present among the spaces in North Korea. With these prepared tours, North Korea is very meticulous with hiding what they don’t want to show to the people attending the tour. A South Korean architect was surprised to hear that these North Korean spaces are “clean, neat, and pristine.” In terms of Oliver taking an abundance of pictures, they lifted some of the constraints for him because he is writing about architecture instead of exposing inequities. 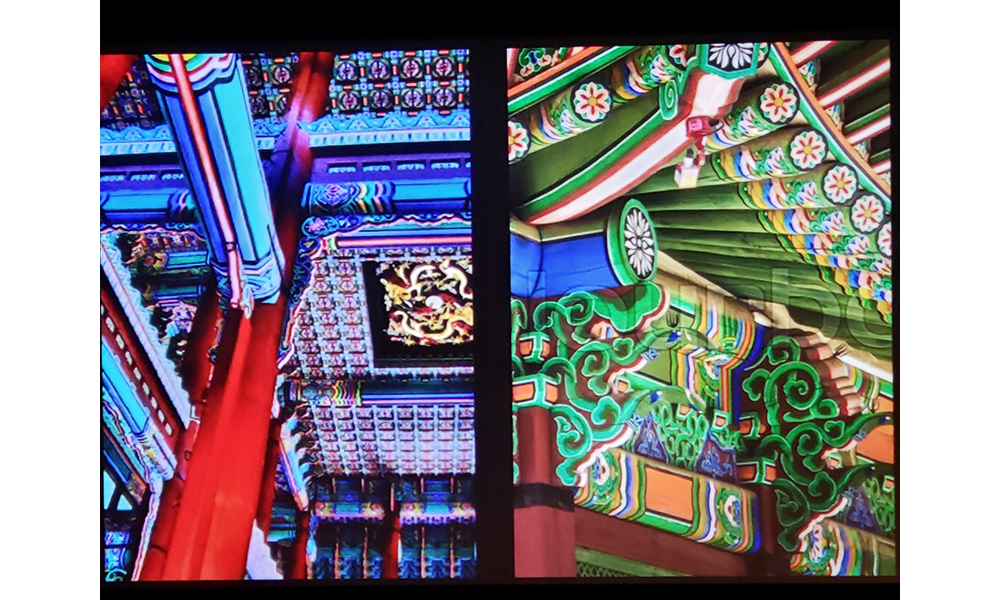 Looking at North Korean architecture as an overview, there are lots of colors that utilize a certain color palette, where they use teal, salmon, and mint. These colors are expressed in more traditional Korean design, and their hanboks, or Korean traditional clothing. Furthermore, their monumental structures or buildings take on a very Venturion “duck” architecture framework, where it consists of simple construction, without the use of structural steel, and an emphasis on cast concrete. 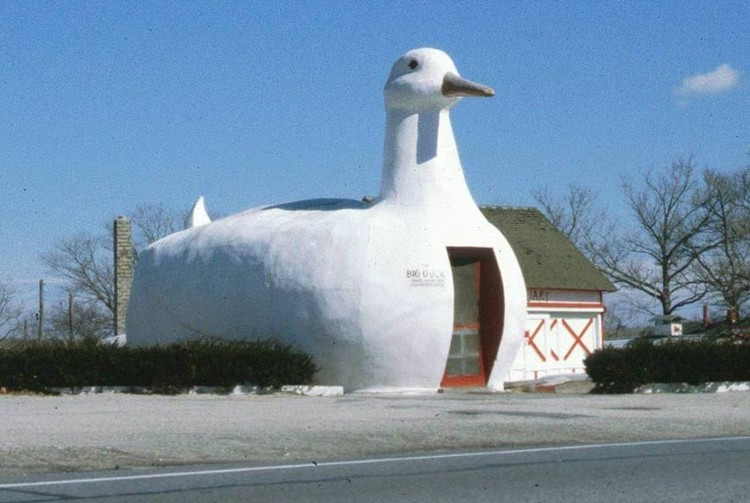 Pyongyang was completely destroyed after the Korean War. The leader that rose to lead the people, Kim il-Sung, wanted to inscribe his ideas into the society when it was susceptible. The postwar architecture expressed Classicism and displayed explicit Korean motifs that are carefully overlayed the Classicist facades. 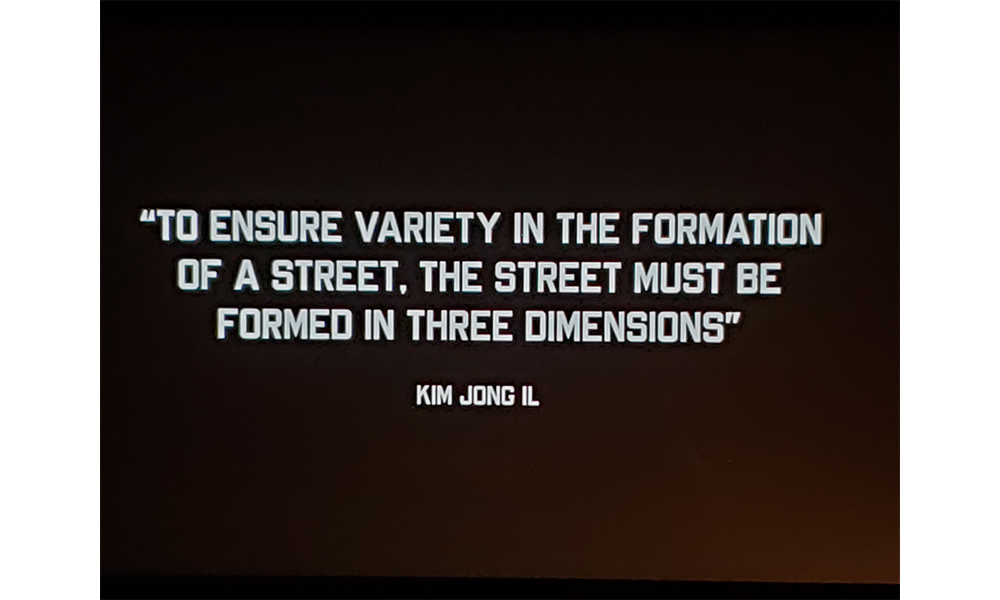 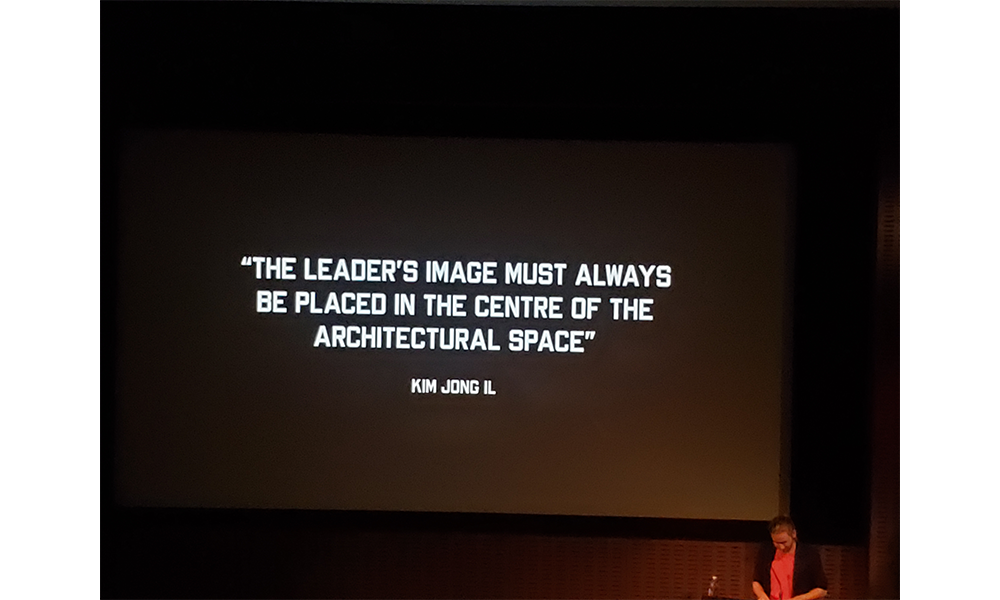 There is a great use of axial organization, where at the end of every axis there are locations of historical buildings and monuments. These monumental statues always took control of the axis mundi to surround architectural planning. Kim il-Sung actually envisioned Pyongyang to be a garden city, where the distribution was meant to be 25% buildings and 75% greenery and nature. 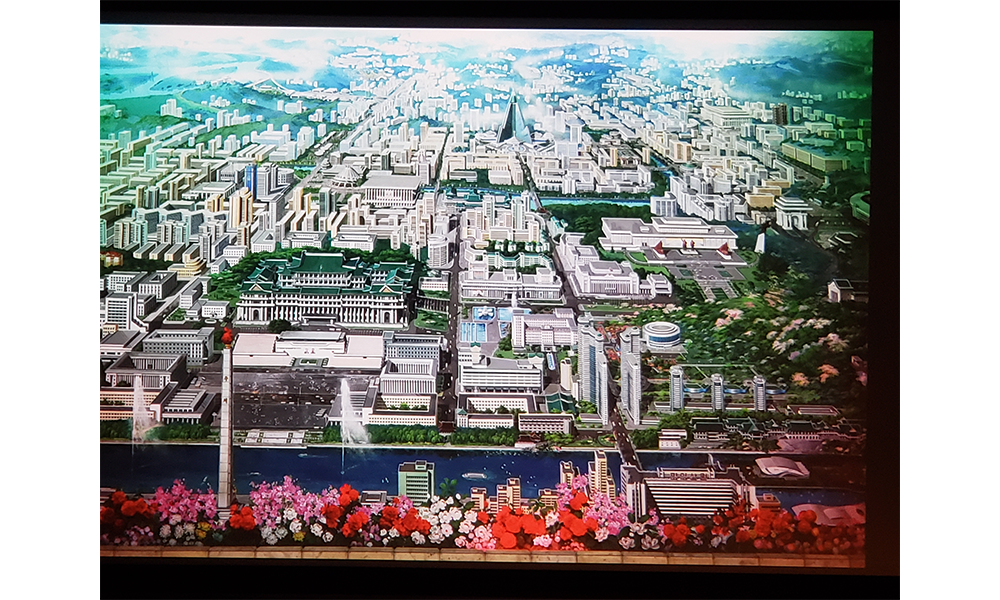 The Kim Dynasty leaders understood the power of architecture and the effect it has on the people. As previously mentioned, the whole ideology of Juche is the art of self-reliance, where there is no outside reliance. Despite this claim, a lot of the monuments took inspiration from other famous buildings. These monuments included: 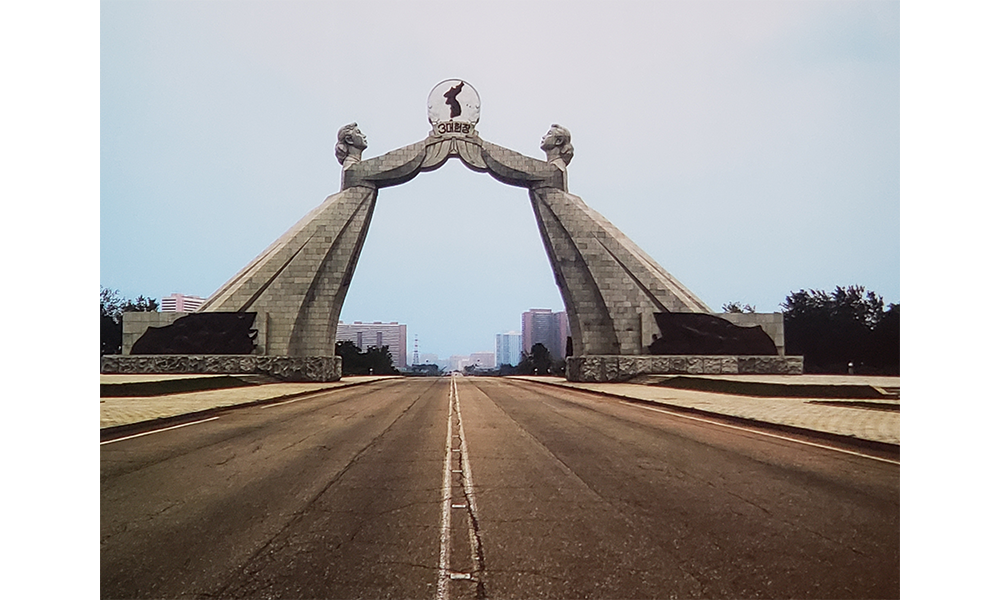 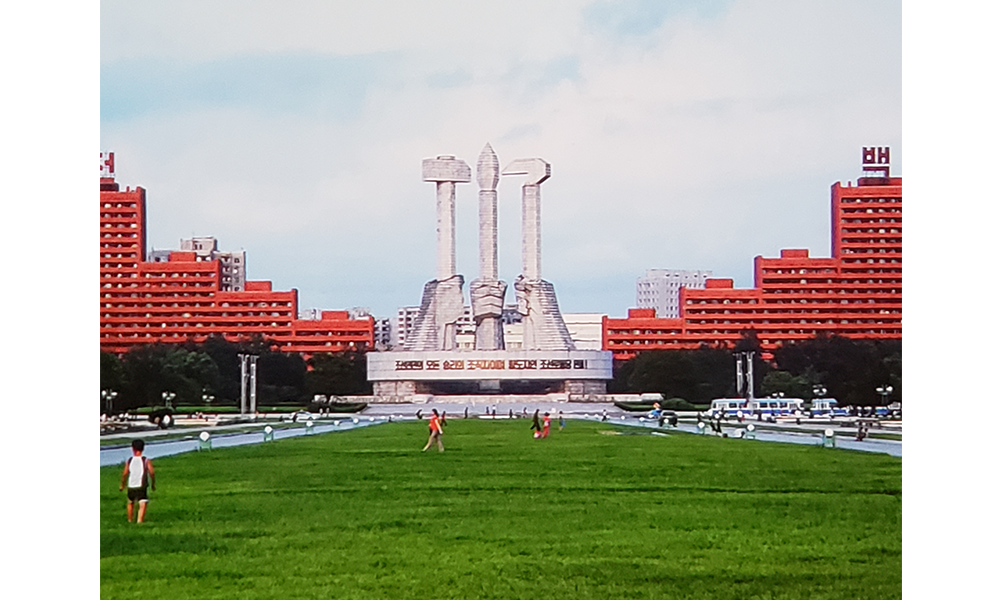 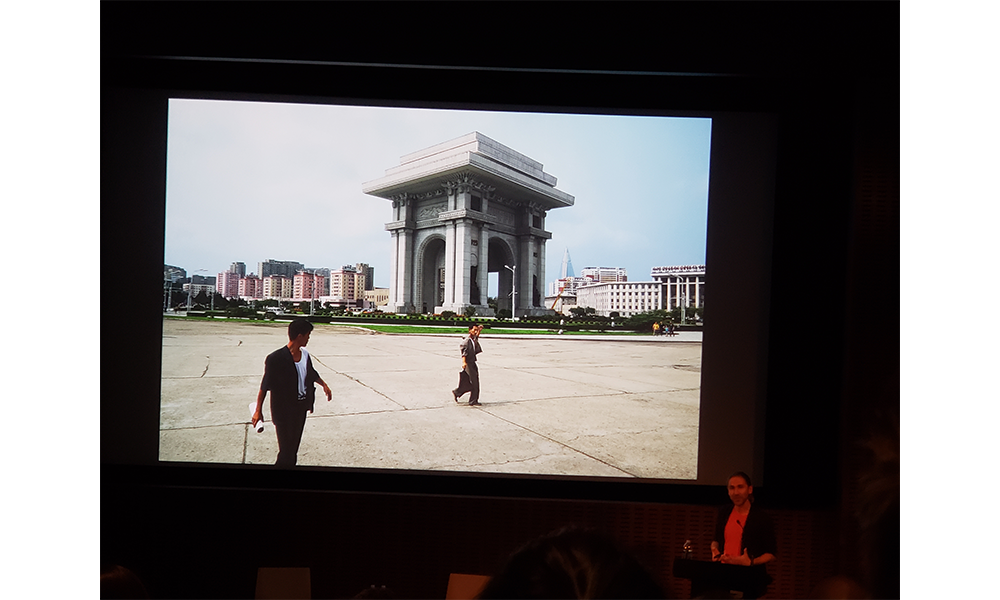 North Korea’s subway stations are interesting in that they have a heavy use of colorful shades. They utilized specific chandeliers that represented their prosperity, such as fireworks, or grapes that would represent a bountiful harvest. There are posters that also advertise the milestone successes of North Korea, serving as an ideological tool of education for the people taking the transit. 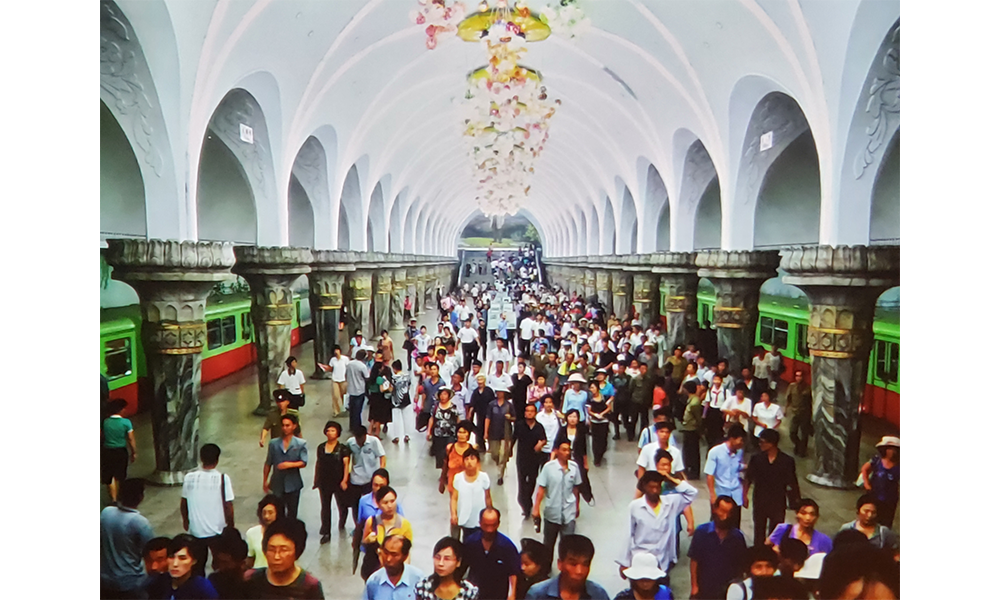 Q and A session

Question 1 – Were there any particular rules when walking around North Korea?

Question 2 – Are there North Korean architects?

Question 3 – Can you expand a bit more on Juche?

Question 4 – Any further elaborations on the middle-class apartments? 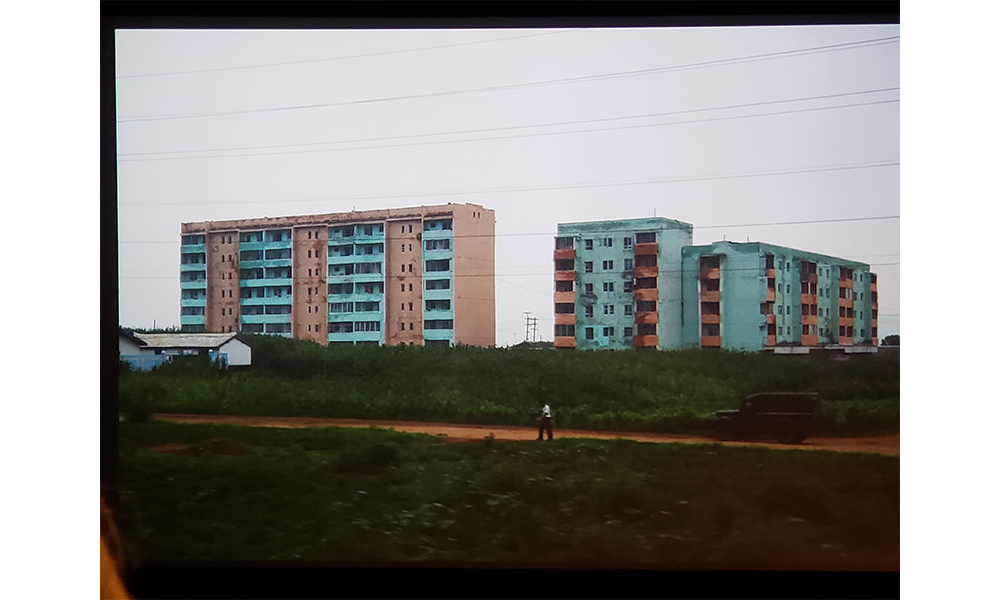