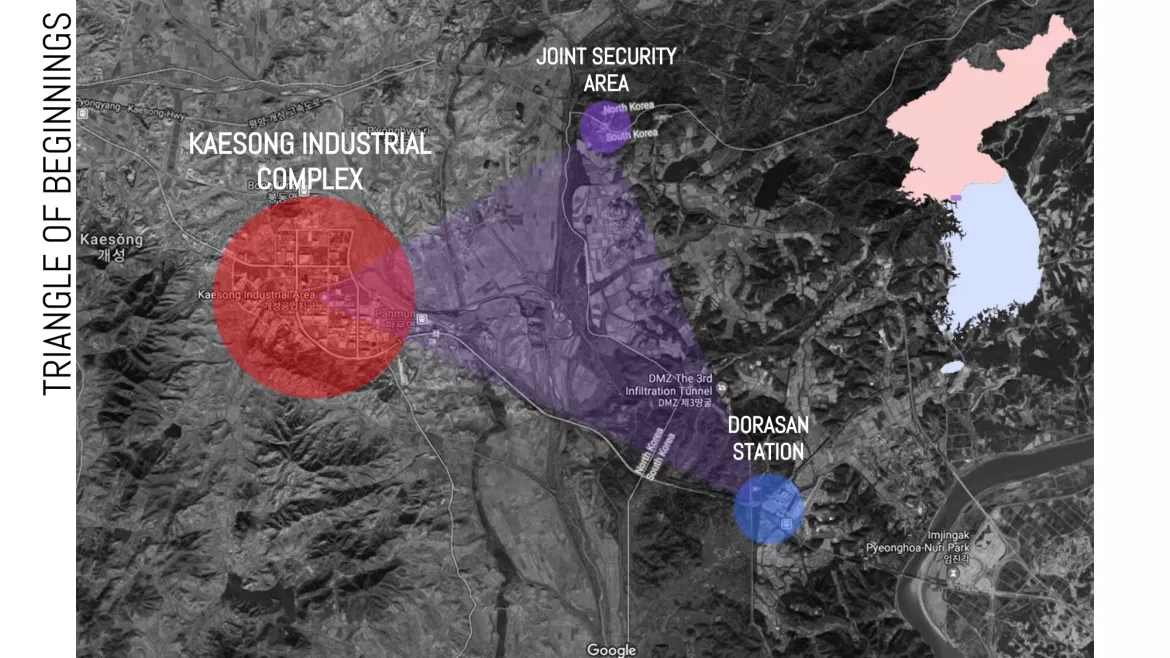 This familiar image shows the three sites that I have designated for further research and intervention. These three sites are the Kaesong Industrial Complex, Dorasan Station, and the Joint Security Area. In an attempt to gather as much information or research on these sites as possible, these site plan diagrams were made.

The Main Task for this Week of Work

The task was to gather all available data on the three locations in order to be able to assess the scope for speculations and steps forward. This includes all available information that I can find which was difficult, mainly because the JSA (Panmunjeom) and the KIC (Kaesong Industrial Complex) are located either within or on the border of North Korea. Finding data on these two sites was difficult in that certain GIS data for these sites is withheld or extremely limited in Google Maps or Naver, which is the Korean equivalent of Google in terms of a search engine. 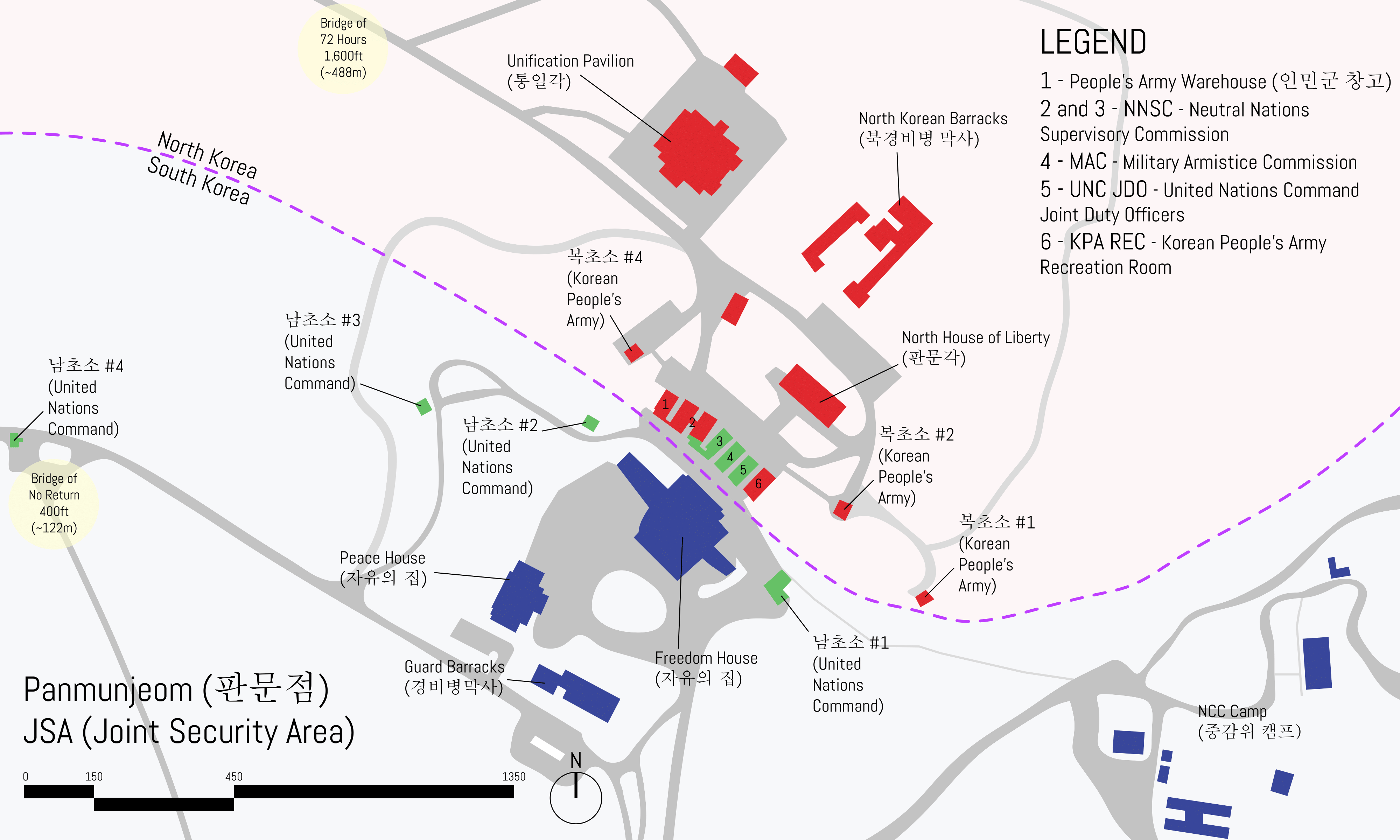 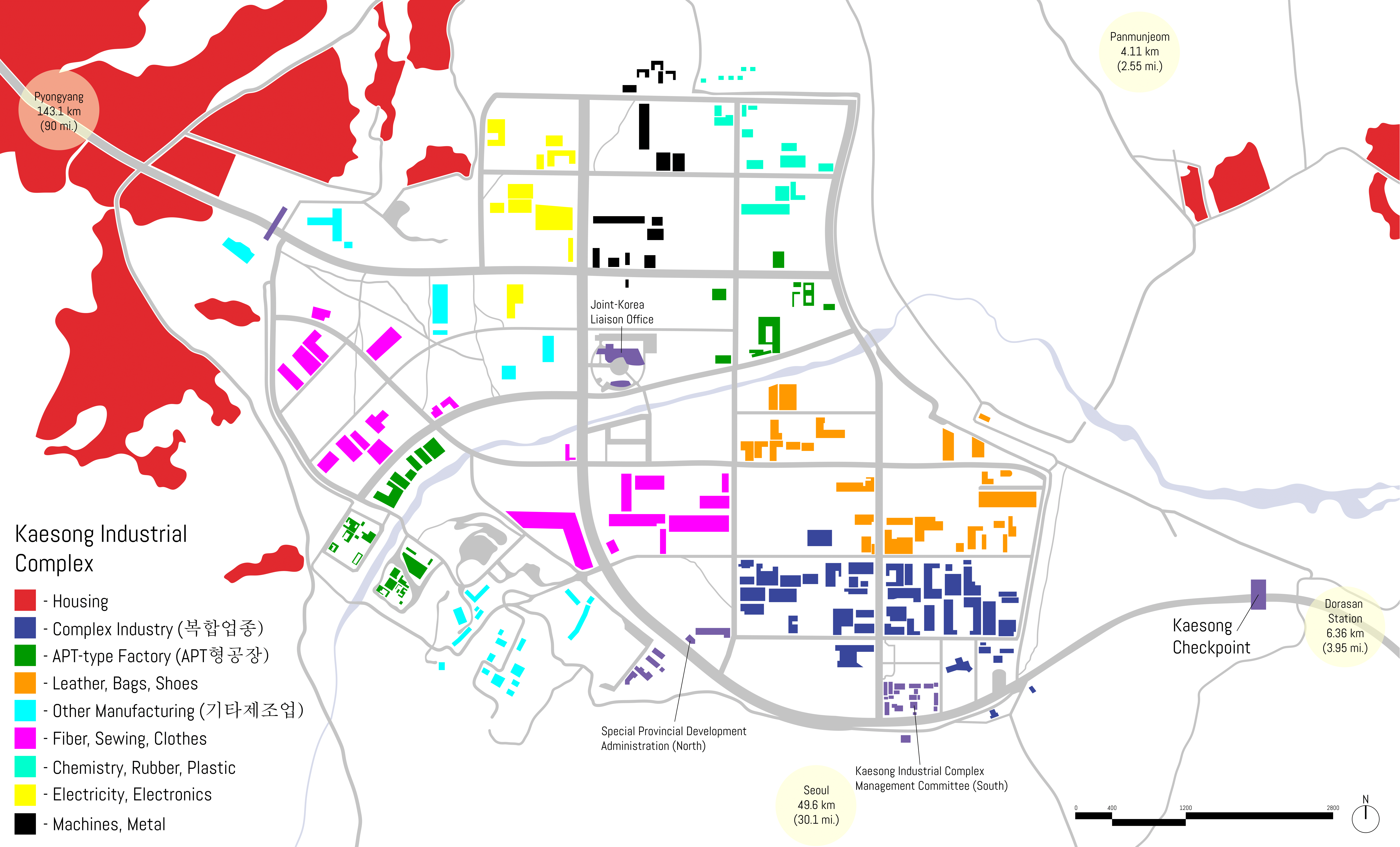 This site is significant in that it is an existing precedent of inter-Korean economic development. South Korean business companies would hire North Korean workers and produce goods in North Korean territory. The political atmosphere surrounding the KIC has been volatile in that the status of the KIC constantly changes based on the fluctuating tension between the two countries. When Park Geun-hye was president, the KIC was shut down due to rising tensions between North and South Korea. When Moon Jae-in became president, friendly relations between the Koreas started again, including the construction of a liaison office in the KIC.

The color codes indicate the different kinds of goods that are produced in that respective sector within the KIC. Different products such as machines, metals, shoes, sewing, and clothes are among the kinds of sectors that exist in the KIC. What’s interesting is that the housing regions are located on the outside of the complex, in addition the existence of checkpoints coming into both ends of the KIC. The main road leaving the KIC on the right leads to Dorasan Station, which was the first train station going into South Korea when they were once unified. 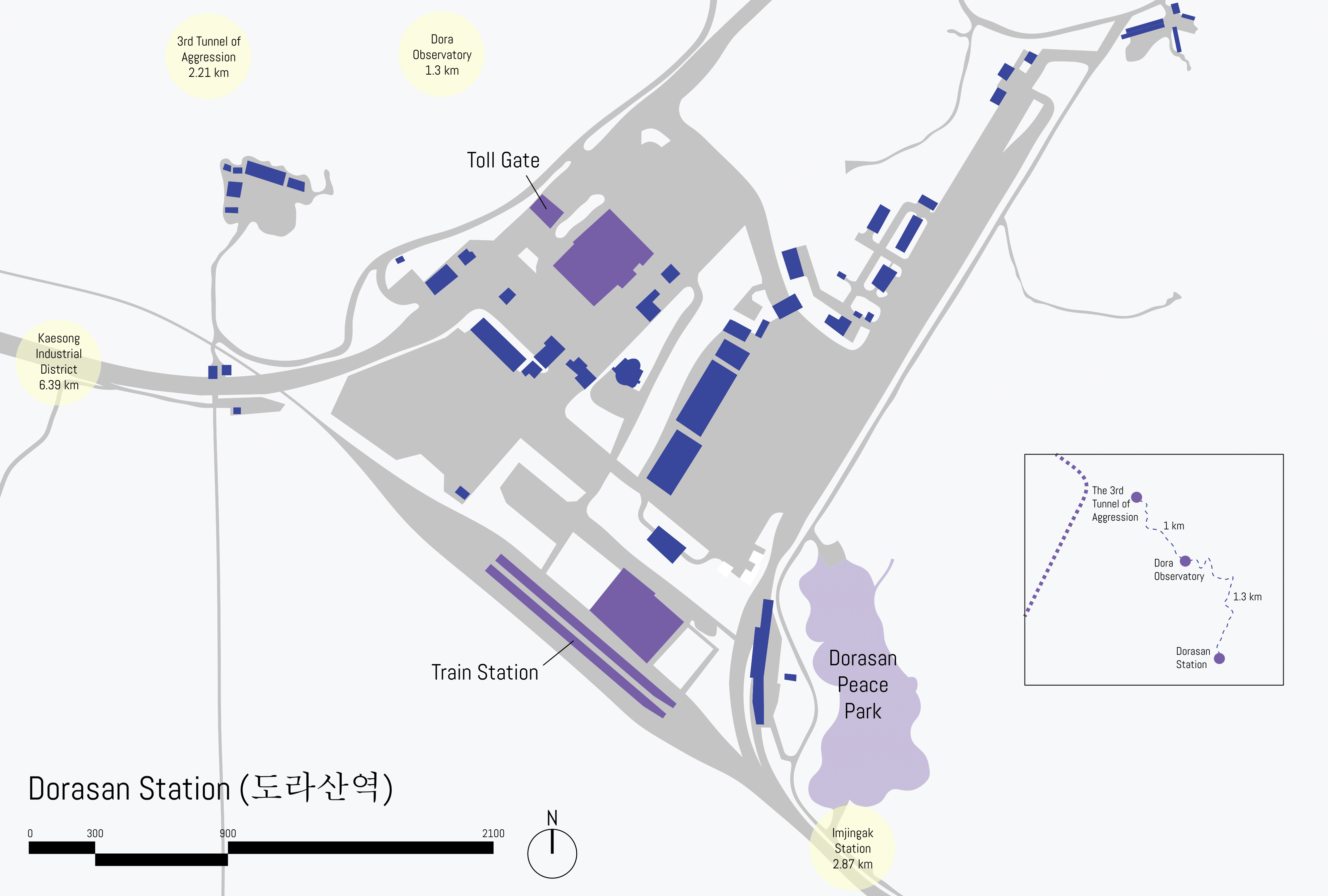 The last site is Dorasan Station, where it is the center between the cracked railroad infrastructure between North and South Korea. Currently, it is a tourist attraction, where there are observatories, old secret tunnels, and peace parks. Dorasan Station is currently not part of the South Korean subway line, and can only be accessed through a DMZ subway line. It is not used for normalized travel. 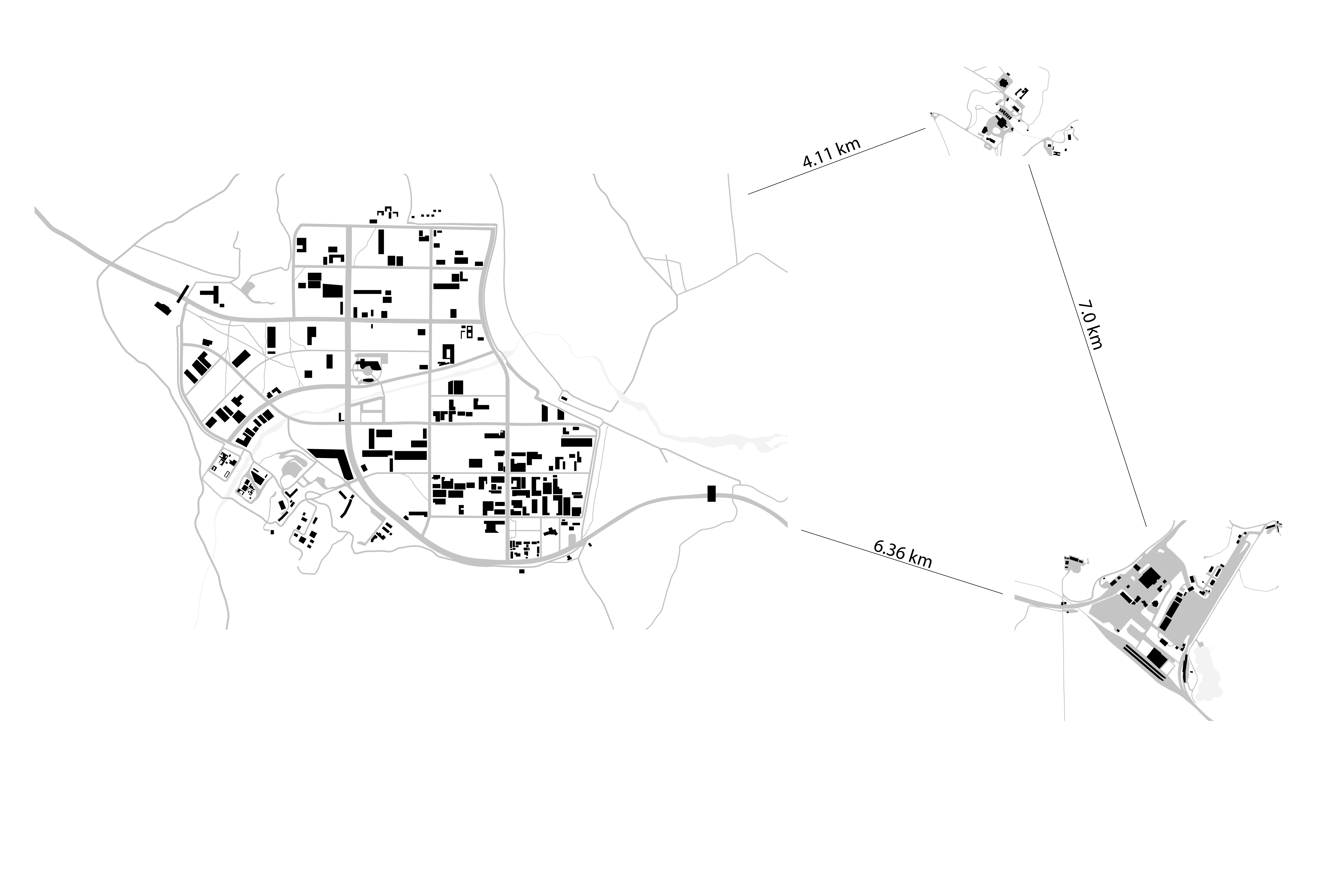 Comparison of the 3 Sites