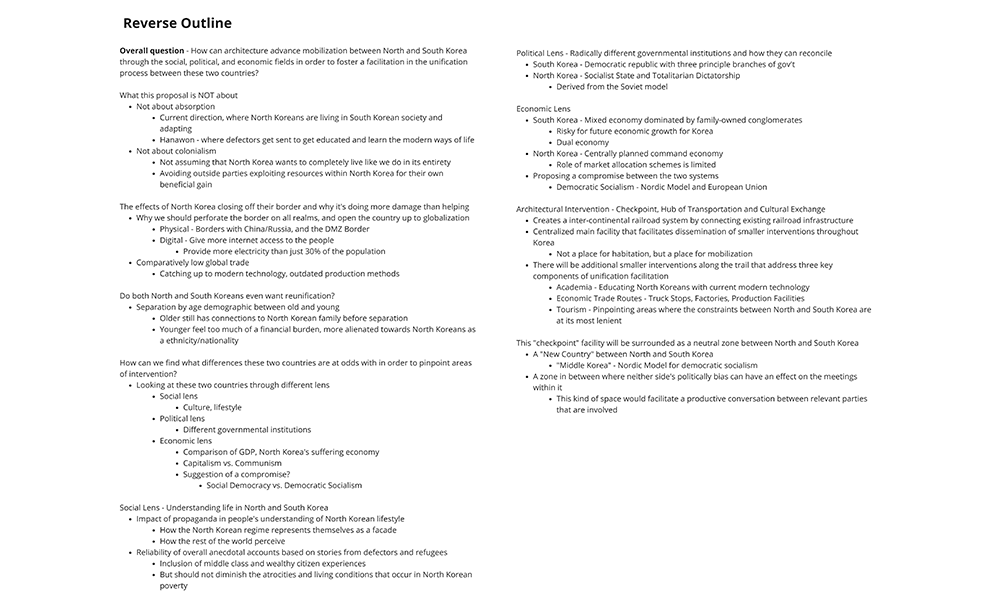 The building proposal is centered around creating an inter-continental railroad system by connecting existing railroad infrastructure. There is a specific DMZ subway line that starts in Seoul and correlates with two different points on the DMZ border. This will be a centralized main facility that facilitates dissemination of smaller interventions throughout North and South Korea. These interventions are meant to be not a place for habitation, but rather a place for mobilization. 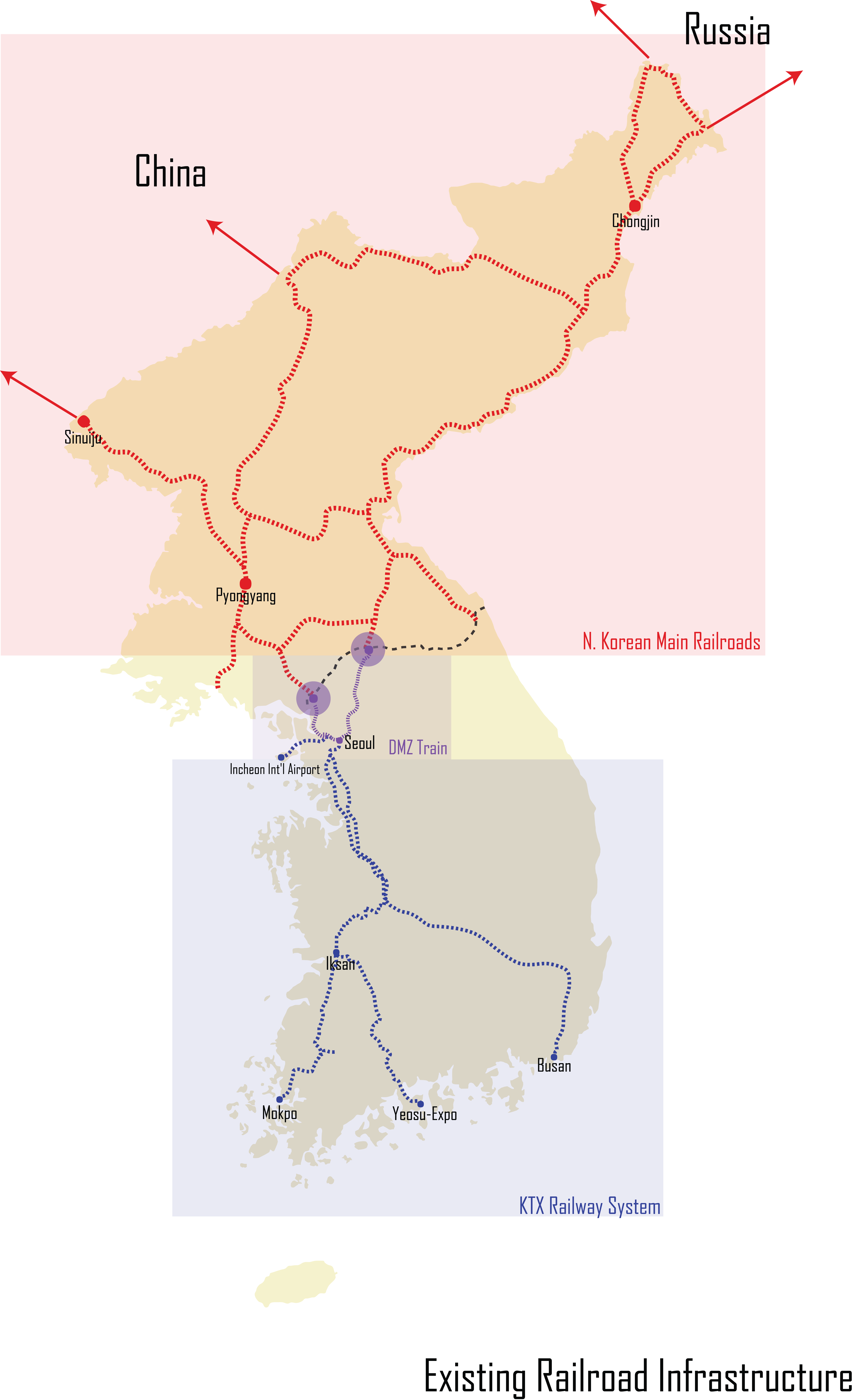 Furthermore, there will be additional smaller interventions along the trail that address three key components of facilitation of unification:

Politically “Neutral” Zone, or a even a New Country? 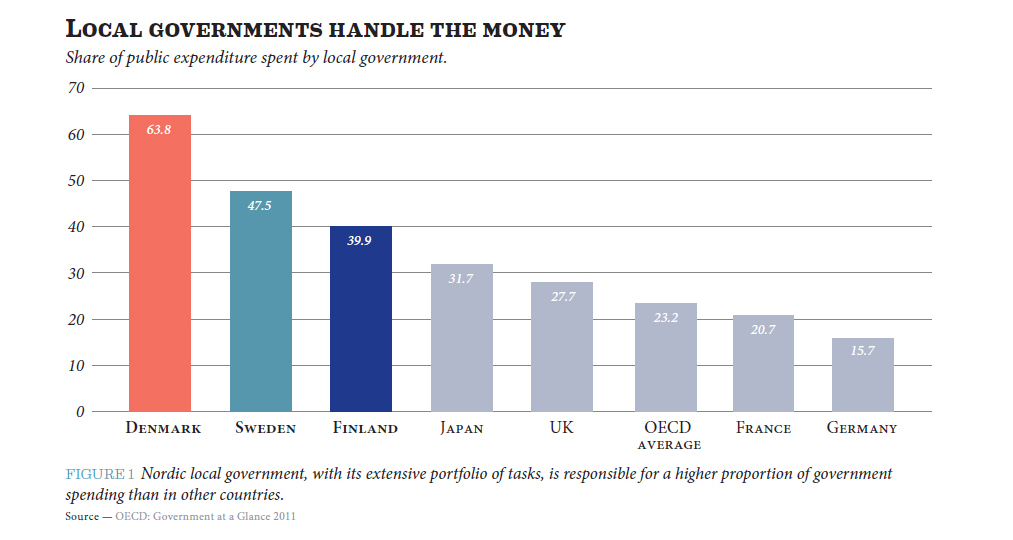 This zone between North and South Korea would be significant in that neither side’s political bias can have an effect on the meetings within it. This kind of space would facilitate a productive conversation between relevant parties that are involved.

1) How can blockchain technology facilitate the institutional structure of the Nordic Model regarding politics and the economy?
2) Looking further, how can the highways between North and South Korea also be connected and be connected to this infrastructure?
3) Supplemented by further research, how would the different programmatic spaces be allocated based on the context of these different sites?
4) How would the everyday interactions and lifestyle be slowly transformed from these problems?

Thank you for taking the time to read through the reverse outline.